GBH played Highline Ballroom in NYC last night and it was wild, raucous and fun as hell. These guys have been around since the late 1970s and as lead singer, Collin, pointed out, the members are proud to be a part of the over 40 age groupnand still going strong.

They’ve been playing in NYC since the 1990s and by the looks of things haven’t lost a thing. They played song after song after song to a packed ballroom, full of a diverse group of punks as only NYC has.

I saw a trio of punks before the show who originally hailed from Mexico and were kind enough to let me snap a pic. Then I saw my buddy John, a chef from Colombia, who I interviewed for Punktology a few months back. John introduced me to one of his hardcore pals originally from Venezuela.

My amigo Andy Shaw who hails from Taiwan was there with his girlfriend and my friend Karen (from Australia) and Mike (from Staten Island) were also there to see these living legends from Birmingham, England… a true international punk crowd. Oh by the way, I’m representing Tennessee. You get the picture, diverse backgrounds and GBH and appreciation of punk music brought us all together.

I arrived in time to check out Outernational who I’d heard lots about but had never gotten the chance to catch their show live. Not sure I got the full treatment because the lead singer had laryngitis, you know the condition that makes you sound like your whispering when you talk?

Talk about bad timing, your lead singer has Laryngitis when opening for the legendary Charged GBH! Nonetheless the guys had a pretty good plan to deal with the situation. Each of the band members alternated singing lead vocals and even some folks in the crowd got in the act.

I liked about Outernational’s lyrics and their general theme which is “no borders, no banks, no tanks, no wars, no nations”. It sort of sums up how I feel and I decided to support them by buying a t-shirt that says just that.  I also plunked down $5 to get their CD and see what they sound like with a lead singer without laryngitis.

Outernational brought their own contingent of fans who more than made up for their lack of numbers by their vocal support. 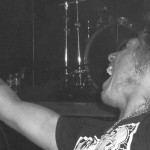 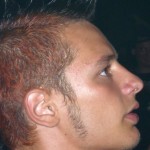 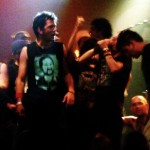 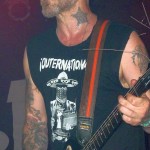 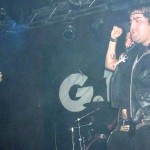 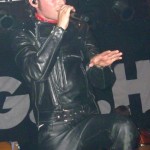 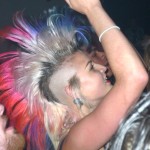 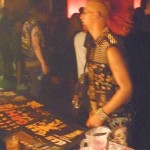 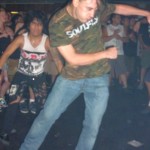 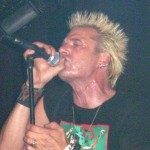 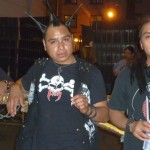 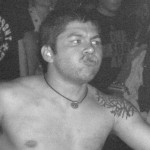 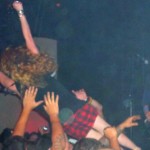 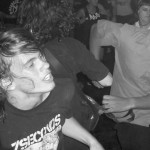 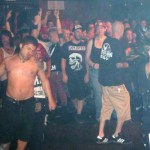 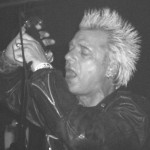 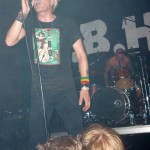 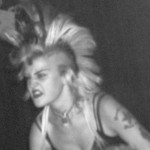 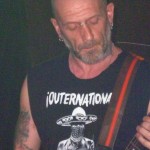 When GBH hit the stage I worked my way up front to get some pics and videos and it was sheer madness. The pit was intense as hell and I spent more than a little time with my ass on the floor. But there was always somebody there behind me to help pick me up. It was smelly, sweaty and awesome!

People jumped on stage pretty much at will and just when you think somebody had worn out their welcome by staying on stage too long, Collin (lead vocals) taps them on the shoulder to ask them to join in and sing. Dude is a pro. He got knocked around a bit by the crowd jumping on stage but he never lost control of the mic, even when passing it around down amongst the crowd and when stage diving himself.

I THINK i have some awesome video of some pretty acrobatic stage diving and one particular dude that had to be at least 300 lbs. who decided to jump directly at me. I did my best to catch the guy, we all did, but he hit the floor with a thud, but bounced right back up with the help of some other punks and appeared no worse for the wear.

No issues, no fights and nothing but love for GBH and punk music. It was one of the best punk shows I’ve ever attended. Truly fun as hell. I have got to get some the new songs from GBH’s CD “Perfume and Piss” which just came out in April.

They played a couple songs form P&P and while you could tell they weren’t the crowd favorites yet, they did pack that good old GBH punch and I predict these songs will be the new classics in 3-5 years.

Enjoy the pics from the evening and as always if you want to see the full set go to the GBH Set on the Punk Outlaw Flikr Page.

And stay tuned, I’ll have some wild ass video from the evening ASAP. Enjoy! !