I’ve always been intrigued about the relationship between Ska and Punk. Ska had a real heyday back in the 1990s and early 2000s with bands like the Mighty Mighty Bosstones and Sublime selling tons of records. Of course, this band called “No Doubt” burst on the scene but I can’t really consider them Ska when Gwen Stefani became just another pop icon, celubutard singing God awful, formulatic and very mass appeal (AKA Shitty) pop music. But hey, maybe you dig them so who am I to judge. 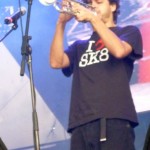 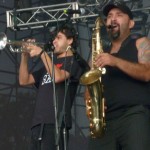 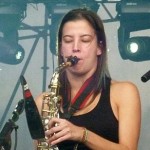 Anyway, I’ve noticed down in Latin America in particular, Ska seems to still be going pretty strong, especially in places like Chile and Argentina when I visited back in February.

I saw this Medellin based band “Mojiganga” at Rock Al Parque in Bogota when visiting over the 4th of July holiday and thought I’d share it with you. These guys seem to have a pretty big following as I spotted “Mojiganga  T-shirts when in Colombia and the crowd at Rock Al Parque seemed to dig them.

I’d love to know your thoughts on Ska’s relationship with punk music (yes, I already read wikipedia’s definition and while informative, lets consider that it might be more complicated than that). Was it the Clash, who spent a lot of time in immigrant Jamaican communities in England who introduced Ska to punks? Is ska really punk? What about Ska-Core (as Mojiganga self describes themselves)? And can somebody tell me what the hell is “Skampe”?

While I admit, Ska doesn’t get me all riled up like punk music, I do enjoy it. What about you?