So I’m moving from NYC to the Los Angeles, but not before spending a few months in Latin America traveling and covering the punk scene for Punktology and working on a few other projects and in general, living out of a backpack.

It might not surprise you to hear that moving sucks! Hell, you’ve probably had experience doing it, and if so you know that it means your life consist of boxes, appointments with the Salvation Army pick up dudes, getting quotes from moving companies, trying to predict everything you’ll need for the next 3 months, meeting with your banker to change your address (by far the worst part, meeting with bankers), etc.

It also means you don’t have time to do the things you normally would do, like hit the “Suicidal Tendencies” and Cro-Mags concert at Terminal 5 in NYC last Sunday night.

I’ve always wanted to check out ST and get a feel for these west coast hardcore/thrash pioneers’ vibe live.  I’ve also spoken to Hare Krishna devotee and Cro-Mags lead singer John Joseph about being interviewed for Punktology (hey John, still waiting on that call back!) and while I don’t dig the general layout of Terminal 5, the venue does have a decent sound system and several vantage points to take in a show, and most importantly it’s located in NYC, so I can just walk my ass on over from the East side to the West side and walah! I’m in the thick of hardcore heaven.

But as I said, I’m in moving hell, so instead of taking in the show I had to settle for a little play by play and photos from my good buddy Mike from NYC Punk, who is a big Cro-Mags fan from way back. Mike took these photos and forwarded them to me so I thought I’d post them for you. Thanks Mike.

Looks like the perfect blend of East Coast mixed with West Coast hardcore/thrash/metal. Wish I had been there. 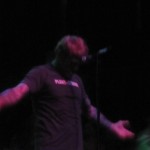 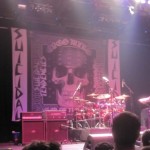 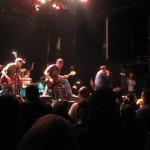 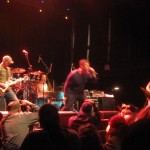 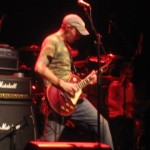 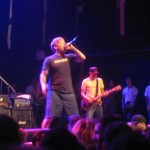 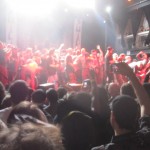 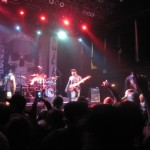 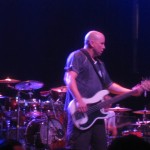 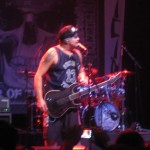 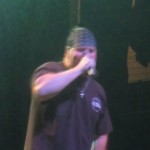 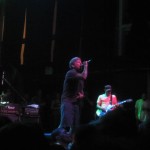