If you’ve followed us for a while, you may remember waaaayyyy back in 2006 or 07 we were covering a somewhat legendary band called “Calavera” who had been one of the first Latino Psychobilly bands around, usually splitting their time between LA and Mexico City.

In case you forgot or very likely never saw it, below is a video we did on the band back in those days.

Shortly after this interview aired on the national TV show I was producing back then “American Latino TV” the band went on hiatus and I had largely lost touch with them. But from time to time I’d catch up with Alex Blue, the guitarist for the band, who sent an encouraging email when I had gotten robbed in Buenos Aires in 2010 and was pretty down about the whole thing.

Well, now I’m spending some time in LA and taking the opportunity to hit up the psychobilly/punk events going on and one such event went on last Sunday night out in Whittier, CA a suburb of Los Angeles. Punk Outlaw was a presenting sponsor… but you’d never know it from the limited exposure we got (long story I won’t bore you with…at least not now), but it didn’t really matter as the crowd was super light.

But the good thing about a light crowd is you at least get to interact one on one with the people and we met some super cool cats who I sure hope to run into down the road and some other events. A few fine folks bought the Punktology Vol. 1 – Free Cuba Now! CD and Punk Outlaw Tanks.

The other good thing about the evening was the bands were pretty tight, at least the ones we saw. It opened with Psycho Madbatz playing some old school psychobilly fronted by a petite but but bad ass female on the vocals who let it rip.

Then to my pleasant surprise, next up was Alex Blue’s new band “Normandie Blue”. Normandie Blue is more straight ahead punk music with three guitars blaring over Alex’s vocals. It’s loud, it’s raucous and I loved it. You can tell Alex has had some time under his belt on stage, because he performed like a pro despite the low turnout.

The band seemed to give it their all and they ended the night with some cool spin on a couple of covers after cranking through some kick ass original material. Alex has promised me a CD and I can’t wait to hear these guys with some good sound mixing where I can make out the vocals and lyrics better but I’m expecting big things. And I think you might be hearing big things from Normandie Blue in the future.

And who knows? A possible Calavera reunion maybe? Well, we can all hope. That band really rocked man.. Spanish or English didn’t matter, I dug them a lot and you can be sure if they do reunite, I’ll be doing my best to cover it for you guys.

Enjoy the pics from the Sage Nightclub in Whittier last weekend below. 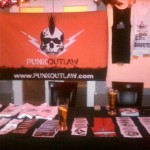 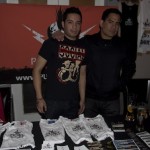 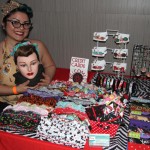 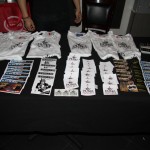 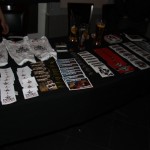 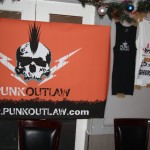 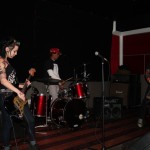 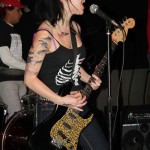 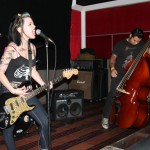 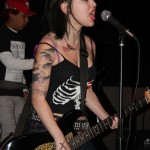 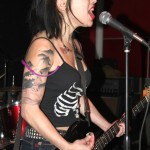 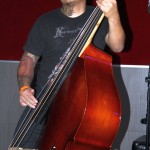 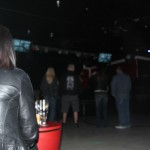 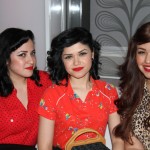 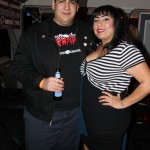 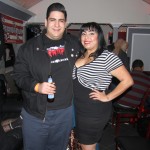 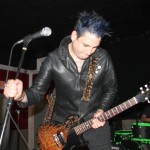 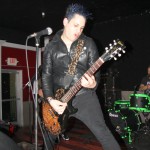 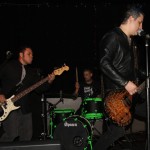 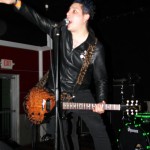 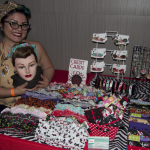