Just about an hour and a half north of Miami, near West Palm Beach is Lake Worth, Florida. Turns out Lake Worth is home to a plethora of artist and musicians and quiet possibly… an even bigger musical movement.

Why do artists choose Lake Worth over nearby West Palm or Ft. Lauderdale? Because it’s cheaper of course!

Cheap(er) living has always attracted artists… from the early days of punk and the Velvet Underground when Soho NYC  had industrial lofts where artists lived or squatted rent free… to the Lower East Side and the infamous Alphabet City, when living there pretty much guaranteed a mugging … to today where NYC artists and musicians are more likely to live in Brooklyn and Los Angeles artists live in places like Silverlake or Echo Park.

…and in South Florida you have Lake Worth, Florida where a burgeoning music scene unlike any other is taking hold.

I was able to interview the bands from the recent Wayward Parade which took place at the legendary Churchill’s Pub in Miami last weekend.. smack in the middle of the Ultra Music Festival and the Winter Music Conference.

The crowds at South Beach were huge and if you read my article a few entries back, I referred to these electronic musical gatherings, rather harshly perhaps, as a “Douchebag Convention”. Be that as it may, the crowd on this particular Saturday night at Churchills was smaller but decidedly more interesting with nary a douchebag in sight.

Among the crowd was a cool, lanky cat called “Scarecrow Jenkins” who actually was one of the musicians who played a variety of instruments for a band called “Los Bastardos Magnificos (The Magnificent Bastards).  Also on the bill was Darling Sweets, a really talented and enjoyable female fronted band that I really dug. There was a slightly harder, possibly more inbred band (just joking guys!) called “Everymen” who whipped the crowd into a frenzy. It was like Deliverance meets the Warped Tour! I loved it!

There was also a band called Holly Hunt.. (no relation to the famous actress, though I heard she tried to stop them from using the name) who played some SLUDGE which is the the word I heard someone describe this non-vocal almost ambient sounding combo of drums and incredibly distorted and loud guitar riffs. Call it what you will, it works.

One of my favorite acts of the evening was Diablo Dimes, a retro duo featuring a sexy, sweet little songbird along with her guitar and kazoo playing band mate. I felt like I was hearing Johnny and June Carter Cash mixed with Josephine Baker reincarnated, along with some good old fashioned dixieland or boogie woogie.

In addition to the aforementioned kazoo, there were banjos, fiddles, washboards, accordions and stand up basses a plenty at this gig. The musicianship on display was evident. Many played multiple instruments in multiple bands.

The comraderie of the crew from Lake Worth was obvious and combined with the history of Churchills, made for a great atmosphere.

Is Lake Worth going to be the next Seattle for this… this.. this hillbilly/punk/Americana or whatever you call it type of music?  Maybe. But if so, never fear. No need to pull out your flannel shirt from the closet. You’d be better served getting a pair of overalls or hitting the thrift shops if you want to fit in with this artistic crew of talented musical misfits.

It’s country, it’s punk, its retro, it’s rockabilly and its none and all of the above. It’s a bit confusing so just believe me.. it’s good and you need to check them out for yourself. 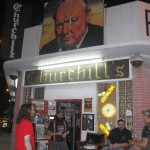 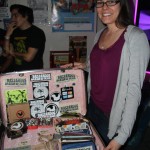 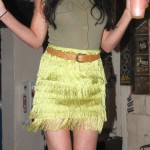 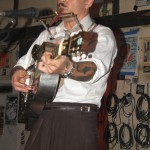 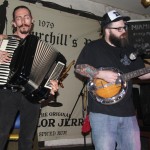 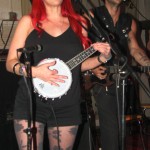 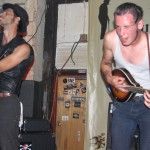 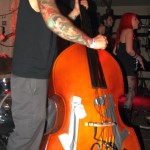 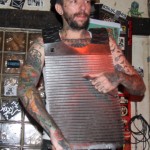 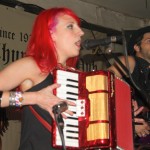 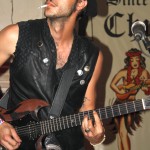 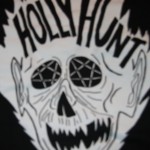 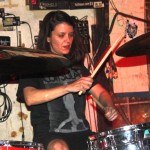 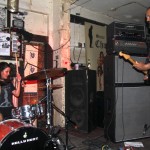 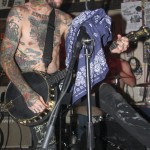 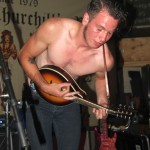 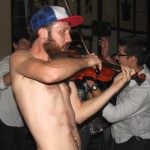 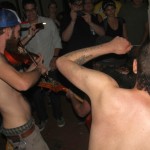 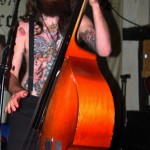 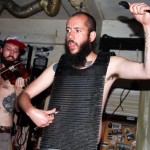 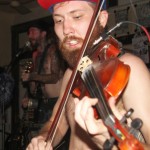 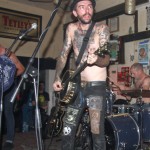 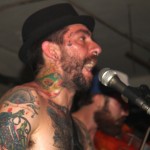 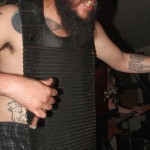