In 2006 I happened to be in Las Vegas for some business reason or another when Viva Las Vegas was in town. I stumbled upon the pool party by accident and saw a guy named “Pachuco Jose y Los Diamantes” playing his brand of boogie woogie out by the pool and all these tattooed and retro looking people in a variety of dress swinging and dancing to the music and generally having a good old time.

The music was in Spanish… the crowd was at least 50% Latino and this was as entertaining of a scene as my NYC jaded eyes had seen in a long, long time.  I decided then and there that I’d be back the following year with cameras to feature the event on my syndicated TV show I was producing at the time, American Latino TV & LatiNation.

In 2007 we returned and did just that. We spent a couple days there gathering footage and interviews, checking out the car shows, talking to pin up queens and rockabilly cats from as far away as Japan. We interviewed the founder Tom Ingram and gathered enough material to produce a few segments on the phenomena.

Following my gut instinct that this type of content would play well in our biggest TV market (For a Latin targeted show that is Los Angeles, NOT New York City) and in markets throughout the west and southwest, we started weaving rockabilly and punk content into the shows. When covering music, fashion or other cultural stories instead of just focusing on the latest salsa or reggaetone artists or Latin celebrity, we also included this very underground culture that rarely received any mainstream national media attention.

It worked. Our ratings and awareness increased and I can honestly say of all the smart and stupid things I did in the 8 years I produced the shows, this was one of the smarter moves. It was a marketing home run.

Possibly in part because I was personally fascinated with the culture and people and genuinely interested in this lifestyle, not only from a Latin point of view, but overall.

This my friends, is how Punk Outlaw initially began. Despite the success of the ratings, American Latino & LatiNation couldn’t be all rockabilly, punk and psychobilly all the time. Our mission was much, much broader than that and the vast majority of viewers, while intrigued enough to watch some segments, would never watch entire programs dedicated to the culture. Not to mention our 100+ local affiliates and our dozen or so advertisers didn’t sign up for this type of show.

So walah.. Punk Outlaw was born. First as a simple site with some videos on You Tube then later the current version you see now, which incorporates my world travels as I work on the documentary “Punktology… the worldwide influence of punk”… to most recently, the launch of Punk Outlaw Records.. which is still feeling it’s way around finding and promoting various genres of underground music from around the world so that everyone can enjoy.

Well, now, in 2012, a good 5 years after we first covered VLV and provided some unique, never before seen coverage that I’m still very proud of to this day, we are heading back.

We’re driving this time from Los Angeles and beginning tomorrow will be there through Sunday where we’ll provide daily updates on the blog as well as video segments.

So if you can’t make it VLV this year, never fear dear reader, we got you. Stay tuned for daily updates and pics right here and we’ll do our best to bring it to you in all it’s glory. Should be a rollicking good time.

Enjoy some videos and pics from 2007. 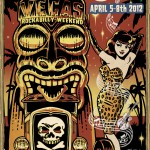 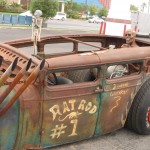 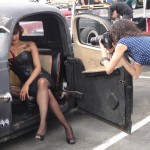 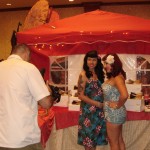 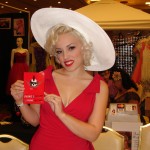 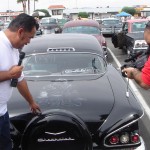 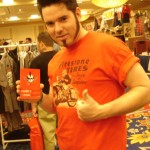 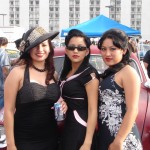 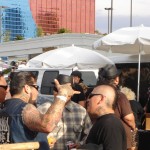