I’m back in the U.S. of A. now, memories of Colombia still fresh on my mind. I was all over the place, Popayan, Cali, Medellin and Bogota, in just 11 days. As posted here earlier, we were able to cobble together a video shoot of the Medellin’s rockabilly band “Dorados Rockabilly Trio” for their song “Diamond Girl” which we hope to edit and debut for you guys sometime this fall.

But I also was able to sit in with my punk rock buddies “Los Suziox” (The Dirty), who’ve been rocking the entire country of Colombia since 1996. Los Suziox is somewhat of an open secret, playing to huge crowds in Colombia but never having toured outside of there. Hopefully that will change someday as more and more people in North America, Europe and even Australia get turned on to their melodic and politically charged songs. I know I’ve been getting emails from new fans from all over the world ever since we premiered their really excellent CD “El Fin Justifica Los Medios” (The End Justifies the Means) a couple years back and made it available on iTunes & Amazon Music.

Here are a few photos from that rehearsal which features one of those fans, Rocky, who happened to be visiting from Hungary at the time I was there (he’s the other gringo, with the Los Suziox guitarist in a headlock in the group photo) and who also happens to be in a punk band called Lecsa Punk in Hungary. Why didn’t I cover them when I was visiting Hungary you ask? Nothing gets by you loyal reader, but Rocky was in Colombia when I was in Hungary? Dig? (I’m talking jive from the 70s these days, must be all this travel exposing me to cheezy 70s and 80s music) 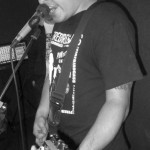 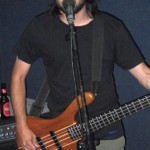 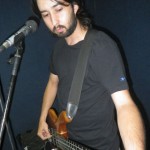 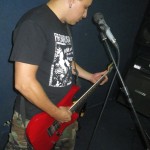 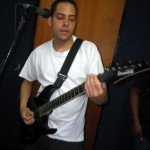 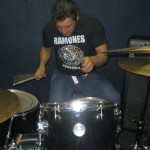 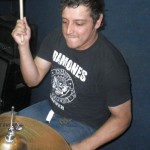 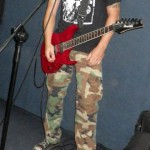 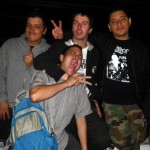 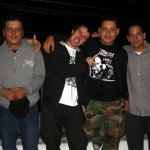 A special treat for our readers; a very rare performance of their song “Miseria” which is a Los Suziox song from back in the early days.  Miseria and other songs from their extensive catalog are currently being rerecorded into a re-release at Andres Ocampo’s (lead singer)  home studio.

Let me know what you think about this tune “Miseria” that I was able to capture the boys performing n the old flipcam. Que chimba (How cool) is that?