A Shot of “Los Tiros”

While traveling in Guatemala City and covering the big Stage Punk show (missed our write up? Check it HERE), we were delighted to discover the unique sounds of an excellent Western-Surf-Punk band Los Tiros (The Shots). 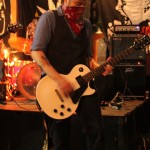 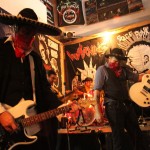 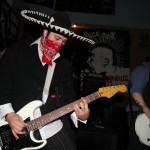 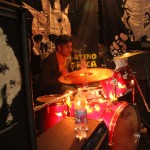 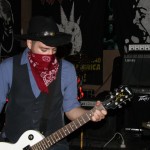 Now, I’m not sure I ever knew what Western-Surf-Punk means, but after hearling Los Tiros, it’s as natural of a mix of genres as can be and I’m all in. I want more, more, more!

Los Tiros impressed the entire Raw Travel film crew (and the crew isn’t particularly into punk music like myself) so I know these guys have some serious broad appeal. Long story short, we just had to have their music in the show.

Unfortunately, we had little time for chit-chat with the guys after their show but since returning to the U.S., I’ve been corresponding with the guys via email and have gotten to know them a bit better. These guys are for real and I think you ought to give them a listen and trust me, I don’t say this lightly.

I get hit up all the time to cover bands from all over the world. Usually I’m too busy to write something unless I’m just 100% super-impressed.

In this case, I stumbled upon Los Tiros, not the other way around and maybe that is as it should be.

You haven’t heard the last of Los Tiros I’m sure of that. You’ll hear their haunting soundtracks in Raw Travel when it premieres in +70 U.S. cities this October (and worldwide sometime in 2014).

I promise ‘ll post some video of these guys soon as I get reunited with the particular hard drive that contains our Guatemala video in NYC.

But in the meantime visit them at their twitter, their facebook and their website LosTiros.com and at their cool record label HERE and tell me if you don’t think their music is not the most kick ass thing you’ve heard in a while. Go ahead. I dare you!