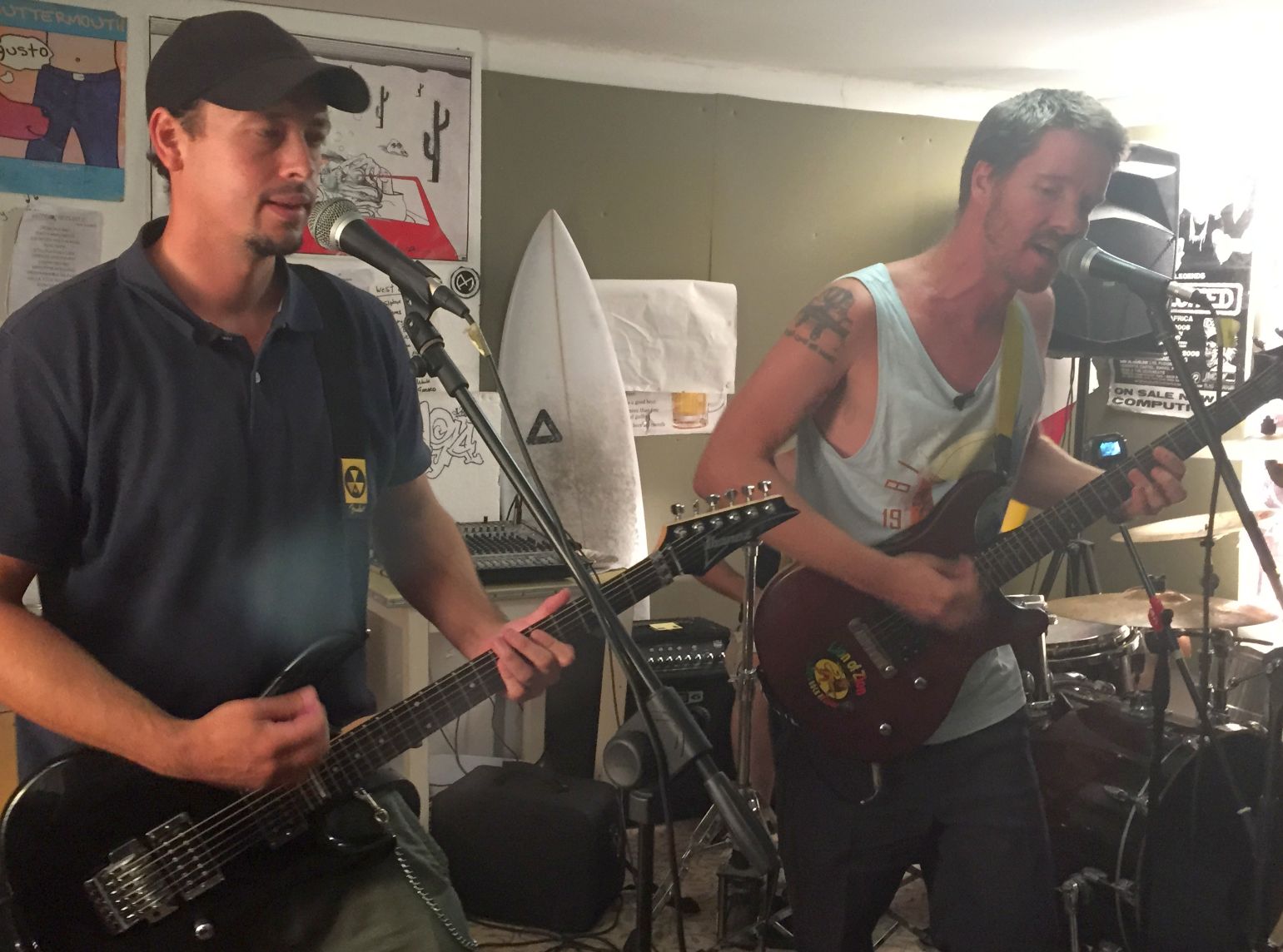 I’ve heard a lot of punk bands in my life… from all over the world. From Asia to Latin America to Russia, Europe and the U.S. and I’ve heard some really good (and yes, some not so good) punk, ska, reggae, rockabilly & psychobilly music.

But on my very first trip to the continent of Africa I may have stumbled one of the best and mostly unheralded punk bands I’ve ever heard, a band based in Cape Town, South Africa called ” Half Price”.

South Africa is known for good music, period. As I write this, Mos Def is in the middle of a legal proceeding there for overstaying his visa. He wishes to continue to live there full time.

For good reason. The musical influences there are amazing and we heard great music pretty much the entire trip (including a hell of a Rastafarian, reggae sound from a legendary band in Johannesburg called “Tidal Waves”.. but more on them later).

Interviewing Half Price in Cape Town

The punk scene in South Africa is apparently larger than you might think, but in a way this makes sense. There is a backdrop of Apartheid, Segregation, HIV infections, corruption, immigration, extreme poverty, environmental catastrophes and other social justice issues are not quiet 100% in the rear view mirror (unlike Americans, to me South Africans openly discuss these matters largely without walking on egg shells or the threat of violence or resorting to political shouting matches).

Of course I was only in South Africa for around 10 days, so any impressions I have on the country must be countered against that information. But I didn’t need much time to know that Half Price IS the real deal when it comes to Punk Music.

They are buttoned up by musician standards.. showing up on time (well, ok, just to prove this was a punk band still, the lead singer sauntered in over an hour late but he had a good excuse, he recently had a daughter and had fatherly duties), a cracker jack manager who was 100% organized. While being on time and having a manager who actually does stuff may not be a big deal in places like Western or Northern Europe, this is Africa, where even though we had arranged days in advance, we had to wait for over an hour for a ride from the airport to our hotel after a 19 hour, little sleep hell flight from the U.S..

But we don’t often judge bands by their punctuality or management capabilities, we judge them by their music and that’s where “Half Price” really shines. Once I could tear my ears away from the highly addictive single “Break Out” and give the rest of their catalog a good listen, I realized just how good (and in your face funny) these guys are. They are like NOFX combined with Rancid with their alternating hilarious, tongue in cheek songs sitting side by side with very serious issues (the aforementioned subjects of segregation and HIV). Ska & Reggae plays a heavy influence on many of their tunes and I dig it, but I REALLY dig even more the straight ahead punk sound of “Break Out” and “We’re Still Playing Punk”.

Do yourself a favor and head over to their facebook page and give these guys a listen. Their sound cleans up nice in the studio and in the very off chance you happen to not like what you hear, just remember, it’s only “Half Price” so it’s always a good deal.

See our interview with Half Price on U.S. television in Late April or Early May on Raw Travel TV. Visit our Facebook Page or www.RawTravel.tv for updates.