A Little Ditty About Musical Memories 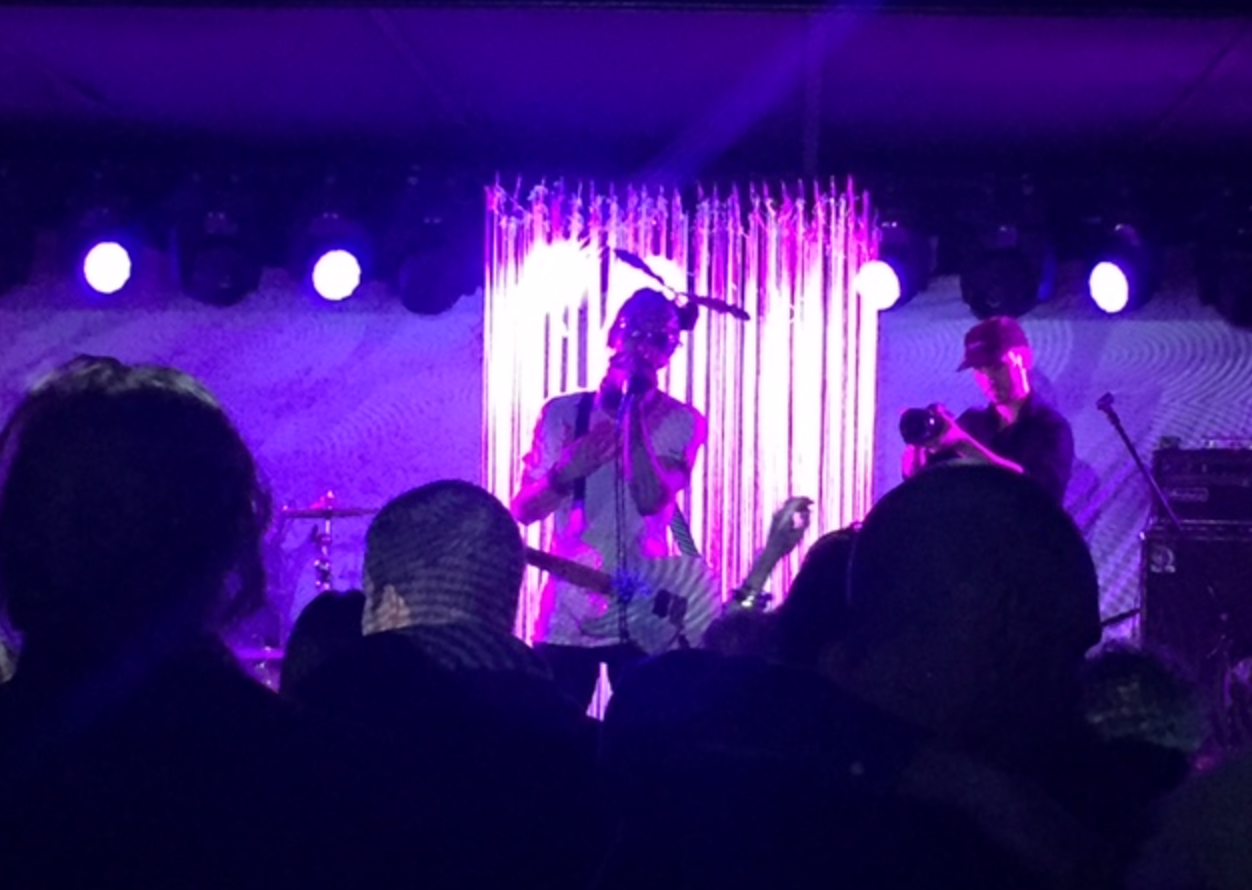 I remember my 1st concert like it was yesterday. Well, ok not quiet, but I do remember parts of it quiet clearly.

It was sometime in the early to mid 80s I think, when a little known musician named John Cougar was opening for the legendary sister rockers Heart.

At the time, John Cougar was riding high off a single, “Jack & Diane” and Heart was relying on a small, old catalog of aging hits like “Magic Man” and “Barracuda” (this was a time before either artists would crank out a steady stream of top 40 hits over the next decade plus).

I was too young to drive but had hitched a ride with an older high school pal who had obtained permission from his parents to borrow the family car.

Like most memories, I only remember in bits and pieces, but I recall my motivation for going had little to do with music. I mainly desired  to have the experience of actually attending a concert like a few of my older peers had already.

I wanted the experience of buying the t-shirt to wear the next day and showing how cool I was.

My love of music hadn’t begun in earnest yet, having only been exposed to small market radio airplay.

Though I was familiar with the song “Jack & Diane” from radio, like most in the crowd, I’d never actually heard of John Cougar and to be perfectly honest only vaguely knew of Heart from my older brother’s LP collection.

But as I said, music wasn’t my motivation. Heart was in a nearby town and getting out of the house and curing some serious teenage boredom, that was the key for this antsy farm kid.

We were down on the floor, standing room only area and just a few rows back from the stage left when John Cougar came on stage and it was electrifying.  Though I was yet to realize it, his performance changed how I listened to music from that point forward and would come to shape my musical tastes that would only become evident decades later.

It was a pretty simple set up, just him,  a guitar, a drummer and maybe a backing musician or vocal, I can’t recall, but I do remember that he seemed like he was having a great time playing and genuinely thrilled just to be there. Looking back, I think he played like a musician that knew he’d finally made it to the big time and was thankful and thus gave it all he could in an attempt to impress the crowd that night. It worked.

I didn’t realize until Heart emerged on stage next in a flood of effects and a frenzied light-show how very bare bones John Cougar’s opening act was (typical for opening acts in those days) as I had no previous comparison at the time.

But after the show was over I remember how Mr. Cougar’s scaled down performance had simply blown me and much of the crowd away and despite the difference in pyrotechnics I was rather unimpressed with Heart after seeing him perform. The differences between the performances was palpable on several levels.

Of course I didn’t know then that John Cougar would later go on to be John Cougar Mellencamp (and eventually just John Mellencamp), would organize hugely successful Farm Aid benefits, go on to record a string of hits, marry a fashion model and become a very big time rock and roll star.

I also didn’t know that Heart would end up cranking out less-rock, more-pop hits like “What About Love” and a half dozen other, overly produced songs that would form the soundtrack to my late teen and college years, but would still not excite me very much.

I recently had the opportunity to go see John Mellencamp’s nephew, Ian Mellencamp, performing in NYC as he pursues his own career in music. Ian’s music is very different from his famous uncle’s and my musical tastes have evolved much over the years.

Unlike my teen years, I don’t seek to go out to escape boredom much anymore as I now live in NYC and have way more than enough things to do to occupy my limited time.

Maybe it was simple curiosity or more likely I was simply seeking a deeper, psychological connection to a guy who so unpredictably shaped my future musical enjoyment, but I nonetheless headed out into the cold December evening to go hear John’s nephew Ian play.

Unlike the big arena of my first concert, these days I crave more intimate surroundings for music and a small venue like the Mercury Lounge in LES was a perfect spot to hear a young artist like Ian.

Largely thanks to his uncle’s early influence on me, I’ve come to appreciate music that isn’t overly produced, is more stripped down and tells a story or has some kind of message.

To this day, I’m still not a huge fan of John Mellencamp’s music per se, it’s just a tad mild and mainstream for my alternative, attitude spewing, punk rock skewing tastes. But it is REAL music and I respect the guy and his musicianship a whole lot. As I get older, I realize you don’t have to love something to appreciate it.

John Cougar was the first real musician I’d seen perform and he later demonstrated he seemed to truly care about regular folks.  He sang about small town America and working class values and I appreciated that coming from a rock musician. As a farm kid, I could relate.

Like his uncle, Ian’s music didn’t drive me wild or make me rush out and buy it. But like his uncle, I enjoyed Ian’s performance and down to earth vibe and I could again sense the talent in the room.

Just theorizing here as I know little about John or Ian’s lives, but despite the famous pedigree and the clear advantage it brings, Ian, in many ways, may have a more difficult road to success than John. He has to compete with a whole lot of media noise and seek an audience that has more choices than ever when it comes to music.  But then again, today artists have more control and tools with which to work with than back in the day when radio was about the only way to get your music to a wide audience.

I’m no musical expert nor a predictor of the future so I don’t know what the future holds for Ian but I do think the musicianship is there. I think he has a legitimate shot to have his music heard on a wider scale.

Mercury Lounge is 21 & older and we were smack in the middle of trendy the Lower East Side in NYC, so I doubt there was a young, hayseed teen in the crowd hearing his first musical performance. But I’m pretty sure the older Mr. Mellencamp began his career also cranking it out in little clubs and paying his dues.

I hope Ian can break through and have his own musical success and most importantly can appreciate the journey along the way.

If you get a chance, check out Ian Mellencamp’s music and learn more about him HERE.