Screaming Trees & Mark Lanegan Fans – I Am the Wolf 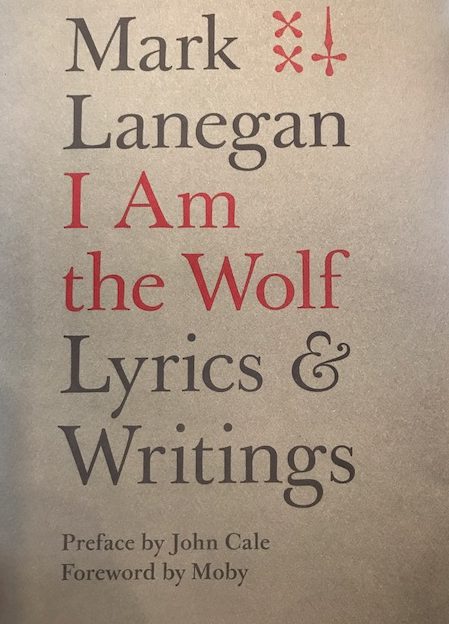 Mark Lanegan was a founding member and vocalist of The Screaming Trees, a highly influential band from the Seattle area during grunge’s musical and cultural take over in the early 90’s. The band is no longer together but their influence lives on.

I saw them by happenstance once when I lived in Nashville, in the early 1990’s opening from someone, I think either The Cult or perhaps R.E.M. at a place called Starwood Amphitheatre, a now defunct, outdoor concert venue and client of mine back in my local TV advertising sales days.

Having a client like Starwood Amphitheatre didn’t pay great, they were notoriously tight-fisted with TV promo dollars but it did offer insight into the music business and convinced me I wanted no part of it. Untrustworthy, glib, arrogant, these were all words I’d use to describe what I saw in the concert promotions business.

A town like Nashville, especially back then, was full of small fish in an even smaller pond and anyone in the music or entertainment business had big, outsized egos and the folks that ran Starwood were exemplary of this attitude. They were not “from around here” as we used to say down South and the fast, smooth talking ways of these “outsiders” were treated with suspicion and as it turned out rightly so (not because they were outsiders, but because they were indeed slightly untrustworthy).

You just couldn’t trust them to completely do what they said they’d do, even if you had a written agreement. They’d do like 70% of what they promised and then pretend that you were in the wrong for being upset about that. I guess when liars tell the truth occasionally we should give them a gold star. At least that was my admittedly hazy remembrance of working with these guys.

But as a young rock music fan trying to feel his way in the world, with probably an outsized ego, unrealistic sense of self-importance and dreams of his own, having a client like Starwood Amphitheatre had its perks.

Great tickets to concerts (in lieu of an ad budget mostly) and the chance to see famous bands live and occasionally, like what happened when I first saw The Screaming Trees, get turned on to music that I normally might never have discovered on my own in that “pre-internet is everything and everywhere” era.

The Screaming Trees were actually pretty big, especially during the Sweet Oblivion years when I saw them, and their hit single  “I Nearly Lost You”, was a rocking, psychedelic no holds barred musical anthem that holds up years later. But my favorite had to be “Shadow of the Season” and epic song with guitar riffs that gets the blood boiling as soon as the first string is plucked.

I didn’t know much about the members of the band, but I had heard that Mark Lanegan was a bit of a tortured soul. I learned later he was also an accomplished musician who collaborated and played with the likes of Nirvana and later Queens of the Stone Age and more.

Like many rock musicians, Mr. Lanegan had some serious demons driving him but he seems to have overcome them and still writes, plays and performs to this day.

He recently put out a collection of printed lyrics entitled “I Am the Wolf”.

The publishers were kind enough to send me a copy and I spent several late nights, poring over what can perhaps best be described as a collection of modern-day poetry and anecdotes.

Often dark and foreboding, each chapter covers a period of Mr. Lanegan’s career and is prefaced by the author’s stories and recollections of what was going through his head, heart, and life at that particular time inspiration struck. With a forward by Moby, I better understand the broad influence Mark Lanegan had and has on a broad variety of music, not just grunge.

The thread of punk music is firmly woven into grunge and perhaps that is why I took to grunge when I first saw that seminal Nirvana “Nevermind” video on MTV (I still remember where I was, what I was doing and whom I was talking to on the phone when I saw it for the very first time as I subconsciously became aware that the music world had just changed… for the better).

Or given my late discovery of punk music, perhaps it was grunge that later led me to punk. Chicken and egg stuff.

Nonetheless, I’m fascinated by musicians and their artistry and though I’ve met probably hundreds over my lifetime so far, I’ve only met a few relatively big names (Rise Against, NoFX, Social Distortion if you consider those big names). I find even at the higher echelons of the genre, they are the direct opposite of the big talking, small doing folks in the concert promotion or record industry side of the business that I experienced in the early 1990s in Nashville, Tennessee.

Musicians are artist first, and they tend to be  sensitive, genuine and real and the world would be a far better place if artists like them carried more credence than say Wall Street Bankers, Lawyers, Billionaire Businessmen and less evolved souls who dominate our planet and dictate our way of life with their very Type A personalities.

If musicians ruled the world, indigenous folks would have a place in it and spirituality would be a real thing in Western Civilization, not just something to pretend to do on Sunday mornings.

Reading Mr. Lanegan’s book of lyrics reminded me of the sweet pain that is music and rock-n-roll and the tortured but somehow sweet existence that the human experience is.

I suck. I can’t write like Mr. Lanegan, I’m just trying to express a little of what I felt as I flipped through the pages of “I am the Wolf” and thought back to the time I first saw or even heard of the Screaming Trees.

Having no previous idea who they or Mark Lanegan were, but realizing, this is something special is a great feeling. It’s a feeling I feel all too rarely but one I cherish and attempt to hang on to when forces conspire and it appears from time to time, reminding me of at least one very good reason of why life is so worth living.