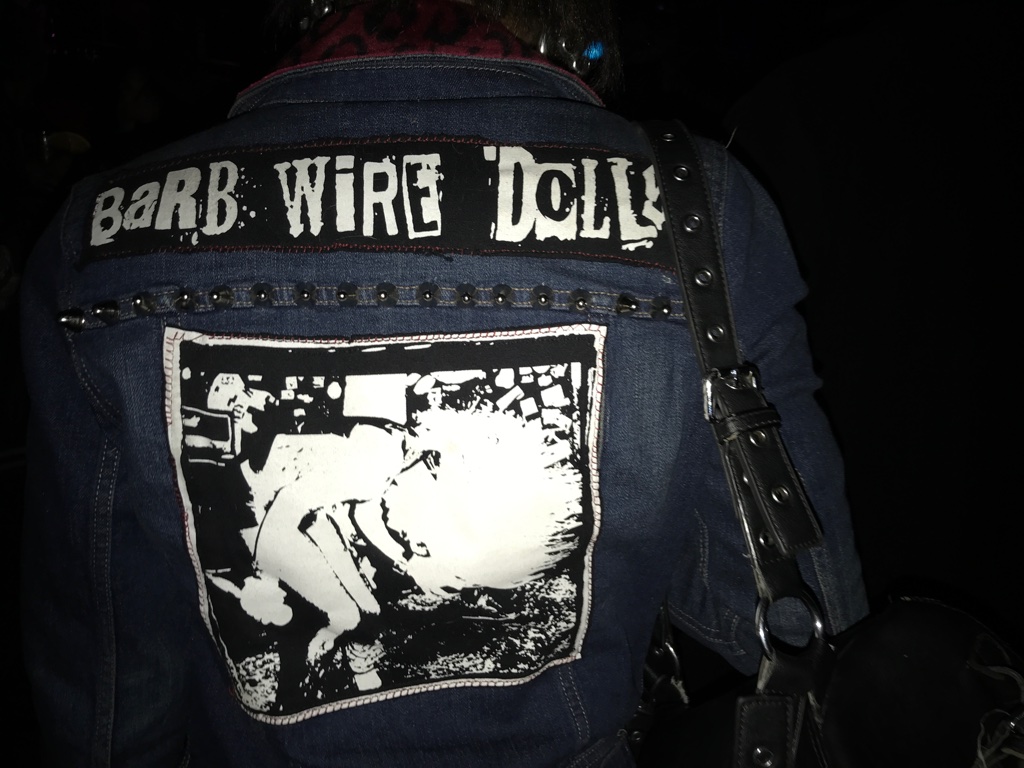 After missing a ton of great shows due to my travel schedule and just pure laziness (just being transparent), I finally caught up with a trio of bands playing at the Bowery Electric, just steps away from where the famed CBGBs changed the world music scene in what seems like forever ago.

The Bowery Electric has been throwing some awesome rock shows of late and I’m kind of impressed that they are almost single-handedly keeping the idea of punk/rock alive in an actual Manhattan venue.

On this particular evening, it was a trio of female-fronted bands (actually 4 but I missed the 1st band, 57), that I was to see, beginning with a talented The Liza Colby Sound.  While Liza is not so much punk as a straight-ahead rocker of the Tina Turner / Janice Joplin vein, I truly enjoyed her set. This talented lady has a set of pipes on her and I’m bummed I didn’t get any video of the performance but alas I was in the back chatting with the wife of the band’s bassist guitarists who was kind enough to fill me in a bit on this band.

The Liza Colby Sound includes musicians who have worked with musicians like Ozzy Osbourne, Rick Derringer, Edgar Winter, Raging Slab, Suzanne Vega, Denis Leary, and Joey Ramone, among others. They’ve scored music for film and TV projects (no, not Raw Travel) but for shows like the Denis Leary show Sex & Drugs & Rock & Roll.

Thanks to the young lady above referenced, I was able to meet Liza and a couple members of the band after the show.  Liza informed me that they play the NYC area frequently so stay tuned for something more in-depth on these folks.

In the meantime, here is her latest music video I could find which will give you an idea of the type of talent we’re dealing with here.

Speaking of pipes, I was really there to see Svetlanas a bad ass, Russian hardcore punk band residing in Milan Italy. The intensity of the performance was epic and belied the really kind and sweet lady (Svetlana I presume) I also was able to meet and chat with after the show (I like that about the Bowery Electric, it’s intimate and small and you can dialogue with the artists before, during or after their sets).

Svetlana was busy selling t-shirts, CDs and merch and I didn’t wish to stand in the way of her making as much $ as possible so I didn’t dominate her time, but I did get a chance to mention my association with Tarakany, whom she knew. Howver, I get a distinct feeling they run in very different circles. I texted my Russian punk pal in Los Angeles photos from the show and he’d never heard of Svetlanas so I guess, they are bigger outside of Russia than inside of it as my man is kind of plugged into that scene.

Whatever, I was just happy to see a female fronted Russian punk band not named Pussy Riot and that actually played music. As you can see by Svetlana’s shirt in the video she doesn’t shy away from making a political statement, so freedom of speech alive and well in the good old US of A too!

The final act of the evening was Barb Wire Dolls, an all-girl band I’ve heard making the rounds over the years in NYC. The lead singer is beautiful with a very passionate, heartfelt and charismatic performance but I don’t know if I was spent from Svetlanas and Liz Colman or if I’m just old and tired, but I wasn’t that into Barb Wire Doll’s set as much as the previous bands. It felt a bit off the mark for my musical tastes, but that’s cool, it takes all kinds and I applaude the ladies for their progress.

The girls are very punk looking, they play decently enough and Joey Ramone’s brother, Micky Leigh, even joined them on stage at one point (If’ I’m wrong, hit me up, cause I’m not a Ramone’s fetishists) but sleep was calling my name, so I took off shortly after they hit the stage so I couldn’t really give you an accurate depiction of their music if I tried, so here is a clip and I’ll let you judge for yourself.

Regardless of which band was playing, I was overall just happy to see such enthusiasm for female rock in the borough of Manhattan and thank the Bowery Electric for doing their part to keep punk and rock music alive and well here.

The legacy is too rich for it to be allowed to fade away and from the sounds of Liz, Svetlanas and the ladies from Barb Wire Dolls, I don’t think its in any danger of fading away anytime soon.