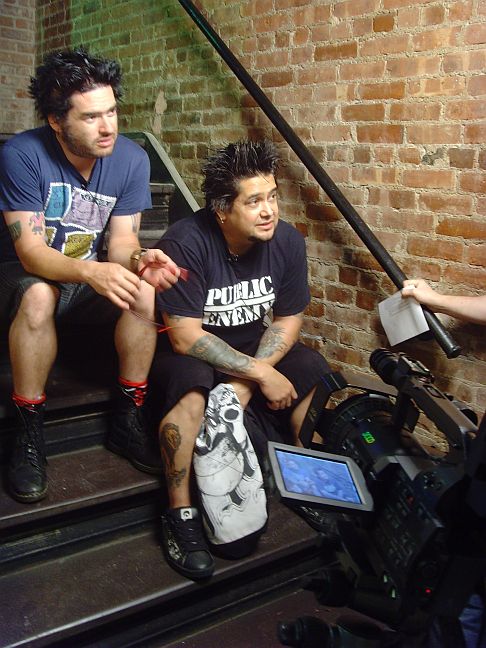 I interviewed Fat Mike & El Hefe of NOFX a few years back. I was green and they were pretty tough on me at first, but after a while, I caught a glimpse of sympathy in his eyes as well, and felt he pulled a punch or two as a result when he realized I wasn’t the normal music journalists. Not surprisingly, the way he lives, he is NOT aging well but then again, who is these days? Most importantly, he still has the sardonic wit of a very intelligent and creative man watching the world destroy itself, but unable to help as he’s unable to even stop his own demons from destroying himself. He revels in his misery, using outrageous humor as a weapon. And what a weapon he welds with his version of “End of the World as we Know It”…. entitled “It’s Just the Flu”…. the acoustic version for the non-punk rockers in the crowd. If only facts were as easy to spread as covid.