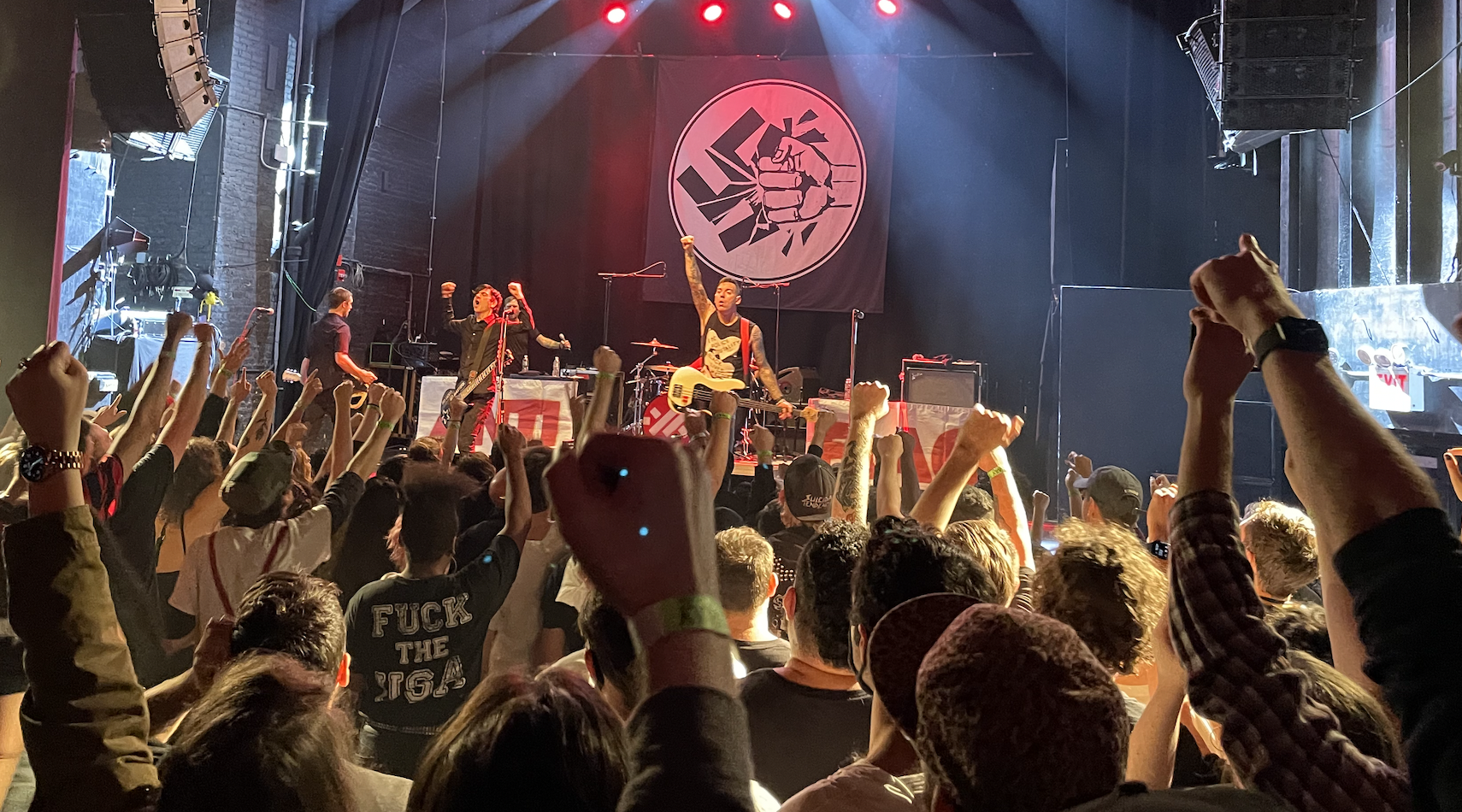 Ignorance didn’t take a holiday. It never does. But it took a big hit after Ant-Flag triumphantly returned to NYC after almost 18 months when their show was one of the first casualties of Covid in March 2020.

Think back to March 2020 but be clear-eyed about it, not revisionist. Some conspiracy-minded doubters ignorantly mused if Covid was a hoax. As things worsened, other irresponsible nutjobs, like JJ of Cro-Mags, openly spread disinformation and misinformation about Hospitals being full in NYC on social media. Numbskull.

Fast forward to today, and ignorance is in full bloom, growing from those tiny seeds of dumbassness to full-blown “WTF is happening to humanity?”

Yes, I see it on full display every time I go down south. Not just the Trump flags still flying by folks who’d apparently embrace authoritarianism o over democracy so long as the dictator was theirs. 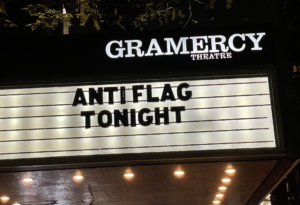 Those who continue to watch disinformation spewing “news opinion” show on Fox News, OAN, or Newsmax 24/7 (or even worse, crazy internet, rabbit hold clickbait like a relative of mine). All the while, anti-vax conservative talk show hosts like my old, old colleague Phil Valentine (google him or #PrayForPhil) has a change of heart when they’re on the vent… when it’s too late. Phil later died after weeks on a vent, leaving behind a couple of young boys. So sad. His former Nashville radio station WWTN 99.7 has been spewing hate, ignorance, acrimony, and disinformation for years under the banner of “free speech.” If the FCC ever gets its FC shit together stations like WTN and their ilk (pseudo-religious broadcasters who don’t pay tax but spew political speech) are done for.

For them and for all the others, they gave cover too to do the wrong, selfish thing. Freedom baby! It’s a sad, perplexing sight to behold. But alas, now we understand, Nazi Germany COULD indeed happen again. The holocaust could happen again. Certainly, democracies worldwide are in decline, and authoritarianism is on the rise along with the fear fueling it (Philippines, Russia, Poland, Hungary, Nicaragua, Myanmar… the list is so long I won’t exhaust you with it).

Ignorance never takes a holiday. It was there all along, waiting to rear its ugly, disgusting, semi-illiterate head.

But at least we have Anti-Flag and their army of fans, supporters, and socially conscious fighters. This is not the “Turn the other cheek” crowd. This is a “Fight for what’s right” crowd ready for love or war. Scratch that – ready for love AND war.

Opening for AF was a great band called Doll skin. A mostly female-fronted band with a high kicking, “don’t fuck with me” lead singer who reveled in the large crowd that had gathered early. We, like the bands, deserved to enjoy this! Two of Dollskin’s regular band members were out sick (assuming not covid?), and their Merch team filled in gloriously. It was my first time hearing the band, so I have no comparison, but even if I’d never known the background story of their performance, I would have been and indeed am impressed. 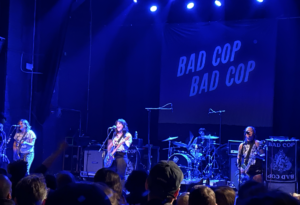 Then “Bad Cop, Bad Cop” took the stage, an all-female power-punk force of nature. Where did AF find these talented ladies? Well, talent finds talent, just like good people find good people. There was plenty of good, positive energy in the crowd… so much it almost made up for all the bullshit shenanigans and above-the-law unfairness we see daily… not just in the corporate boardrooms anymore, but in our politics, our churches, and in our streets.

The South has become the home of Southern Hostility and Southern Hypocrisy as they hypocritically claim they are “friendly” and “church-going” and wave their flags in some way to assuage their conscience in a what 80% of the time is not just nationalism, but patriotism virtue signaling. 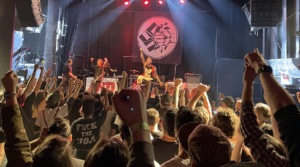 So fuck the South? No, there are too many damned good people there. I came from there. Some of the good folks are brain-washed, some are fighting the good fight quietly, others loudly. Show me an AF fan in the South, and I’ll show you someone who’s fighting it loudly.

When AF finally took the stage, these thoughts ran through my mind. As they plowed through their “hits,” “Trouble Follows Me,” “Brandenburg Gate,” and ended with a raucous “Die for your Government,” you knew, just knew, the facts, truth, honesty, ethics, morals, will prevail.


We may go through some dips and valleys. Still, even in the South, which has been on the wrong side of history since slavery (Slavery, Civil War, KKK, Jim Crow, Nixon, now Covid), the good folks will make sure this place survives. And we’ll all fight and support to make sure it happens, not just in the South, but in the North, West, East, and all over the world where actually tyranny is prevailing.

That was the message I took from AF. Ignorance… you’re on notice, we’re coming for your ass.

Enjoy the videos from the show.

DIE FOR YOUR GOVERNMENT