Ixnay on the Heyday – Offspring in NYC 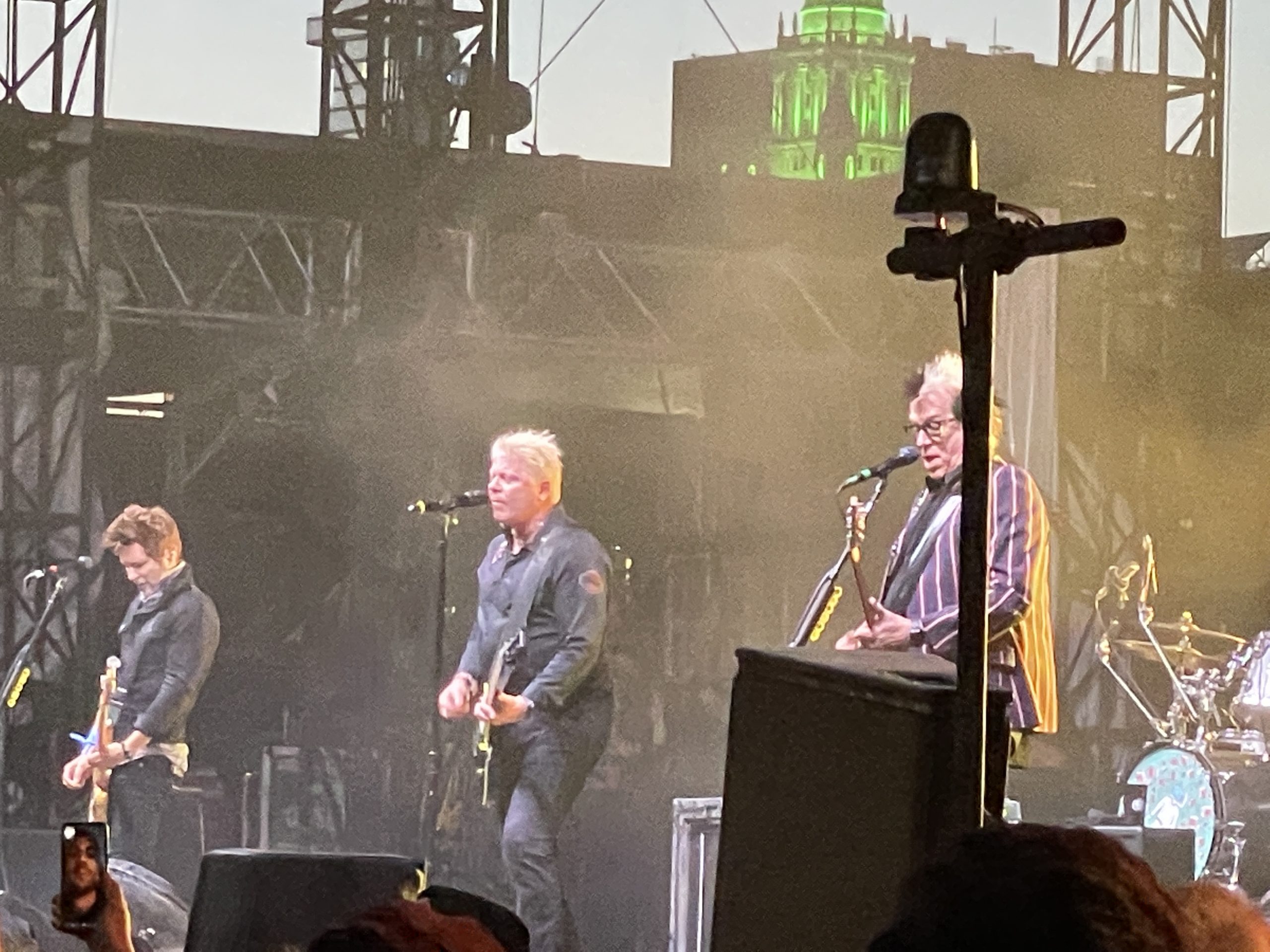 The Offspring are no longer in their heyday, but you wouldn’t know it by the crowd at Pier 17 in NYC On Tuesday. Maybe it was the beautiful May weather, the gorgeous sunset, or just a bunch of 90s nostalgia. However, fans young and old (myself included in the latter) filed onto the rooftop venue to hear hit after hit after hit, including off their 2021 release “Let the Bad Times Roll,” which is one of my favorites. Hey, maybe they are in their heyday after all? The Offspring is still putting out great, relevant, timely music.

And so much for that hipster/woke columnist from the New Yorker reviewing the “Woodstock 99” Documentary who said “Lady Gaga” or something had a longer-lasting impact on music than “The Offspring.” Huh? Say what? Talk about reporter bias? I know I’m biased, but The Offspring changed the game for punk music when they broke out, and though I don’t like them very much, so did Green Day. I would not say I LOVE Green Day, but I give them their fair due. That, New Yorker Reporter, is journalistic integrity.

Lady Gaga’s a very talented musician but has a more significant impact than Offspring? I digress.

The show was exceedingly fun and the only serious notes of the evening were when I first walked onto the roof to see a young brother, sister, and mother from Ukraine waving Ukrainian flags. The mother, maybe my age or younger, the siblings, teens or 20 somethings, posing for photos pre-concert in front of the Brooklyn Skyline, viewable from the vantage point on the roof, waving their Ukrainian flags. Alas, this war, this place, this country where I’ll be visiting, God willing, next month, is never far from my heart, even at an Offspring Concert. I gave a fist bump. What else could I do?- The photographer took photos. What else could she do? But no one else seemed to pay these flag-waving kids, or the war crimes committed in their home nation, any attention, including, disappointingly, I might add, The Offspring.

And don’t give me any “The Offspring” isn’t that kind of punk band stuff. In between “Keep ’em Separated,” “Pretty Fly for a White Guy,” and “Self-Esteem,” they played “Let the Bad Times Roll,” which is all about corrupt Trumpism and the devastating effect on the world (but with a message that alas, we’ll be okay, eventually… maybe).

The only other serious moment was more predictable when Dexter did a piano solo (as he did some decade ago when I saw them at the long-shuttered Roseland Ballroom in NYC) of “Gone Away.”

He did at least reference the pain and suffering many may have had to deal with the last couple of years, but given the crowd’s response, I can see why they wanted to keep things light-hearted and fun. Maybe people have had their misery quota and simply need to have a good time. 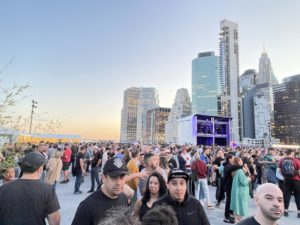 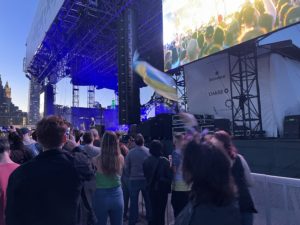 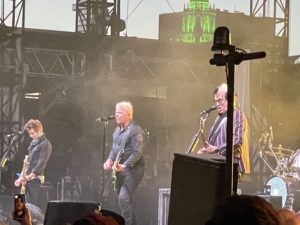 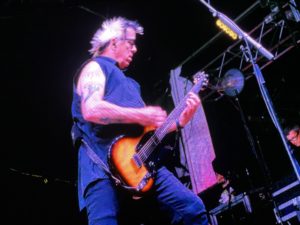 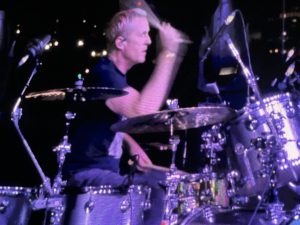 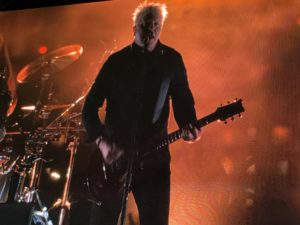 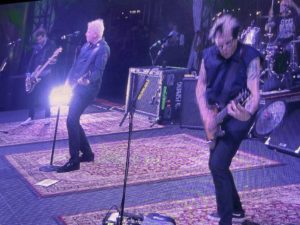 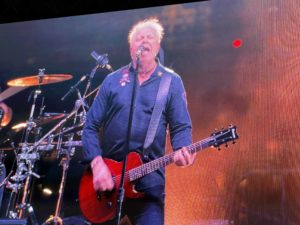 And at least Dexter and Noodles and company didn’t pull an Aaron Lewis of “Staind” and say “we should listen to what Putin has to say” or some such ignorance. I mean, it makes sense. Offspring is the real deal. Real musicians. Aaron Lewis is chasing whatever he can get. Just give it up and work at UPS, Aaron, if you can handle it (UPS is a tough gig, I did it once). Oh, and in case I forgot to say it in a while, STFO about stupid shit, about which you very obviously know nothing. Whew, I feel better.

Well, I think we all felt better after the Offspring encore. So much so that I was hoping for a second encore as I’m sure were others, judging by the loitering crowd.
But alas, not these days. It was getting late. It was almost 10 pm! Gasp! People had to go home. No York? No more! Now, anything goes except the concerts which can’t go late. Yes, garbage piled high on streets, dog shit everywhere, bikes on sidewalks, intimidating thugs abound, fare beaters are back, etc., but late nights and fun for punk rock lovers, they gotta go home.

Yes, NYC is the new LA. Early to bed, early to rise, don’t stay out after midnight, or you might get mugged. Times have changed, but it’s good to see some things, like the Offspring’s heydays, have remained even if NYC’s seemed to have faded fast.