What Can I Do But Love “The Linda Lindas” ? 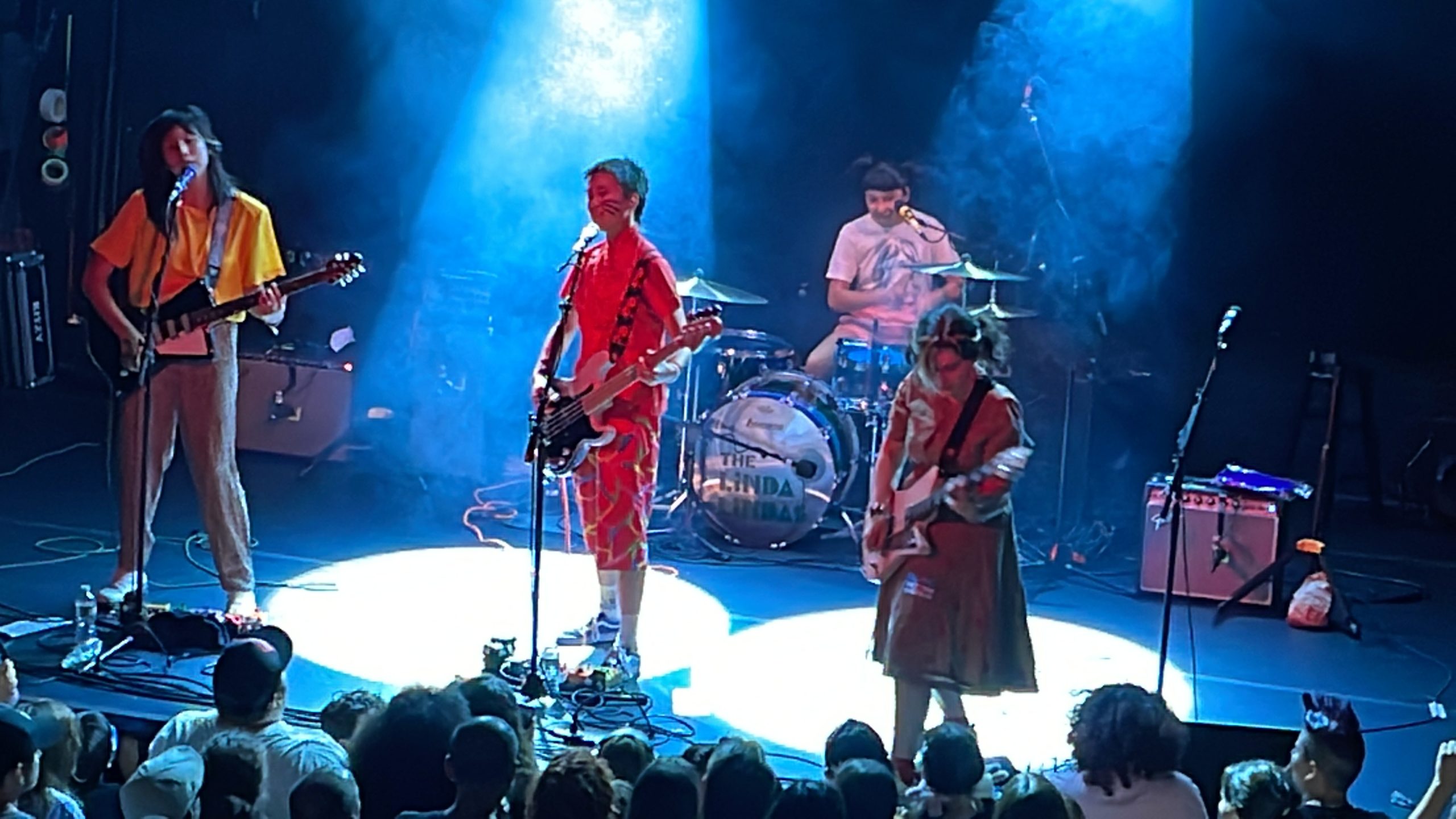 The Linda Lindas returned to New York City to headline, yes headline, the Bowery Ballroom last Monday. It was an early show… on a Monday. So I assume, it’s a bit of an off night but it’s summer and it was obviously an all-ages show since the ladies of “The Linda Lindas” are not of legal drinking age themselves.

Since the doors opened at 6 PM, I and my guest arrived early and had time to walk around the neighborhood. With the venue just a block or so away from Chinatown, we headed for some bubble tea. On the walk over, I spotted a cool mural that should have rung some “wow” bells considering the song that put The Linda Lindas firmly on the punk music map was “Racist, Sexist Boy” . The song went viral smack in the middle of the pandemic and atrocious attacks on innocent Asians in cities all across the USA.

The opening band Bacchae are a mostly female band from DC. They did a great job warming up the crowd and holding their own. With only one musician dude on stage, it was great to see such YOUNG female power on display and in the crowd.

There were many daddy-daughter pairings along with entire families with one kid as young as 3 or 4 years old, I’d estimate. Almost all the really young uns were safely wearing their sound reducing headphones. 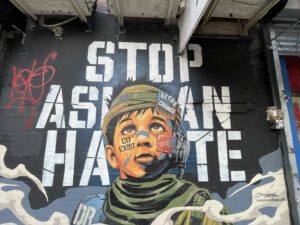 An appropriate mural near the venue

The show did not disappoint, though it’s obvious, that these aren’t the uber-cute grade-schoolers America fell in love with during the pandemic’s dark days of 2020. While not quite yet all grown up, they are well on their way. 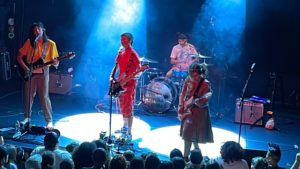 But “cuteness” aside, it was always raw talent that made these girls a phenomenon and separated them from novelty. Their talent and stage presence was on display on Monday evening. They’ll need all of it and more as they navigate the choppy waters of the music industry looking ahead. 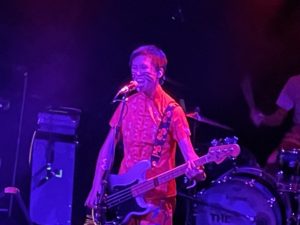 As they ripped through their hit “Oh” and a Go Go’s cover, they then ended with the Bikini Kill cover “Rebel Girl” when the opening band joined them on stage jumping and singing along.

It was evident, that though they are growing up, there is still not a scrap of cynicism in the bunch. Maybe that’s our attraction to youth, or these young ladies, or this genre of punk music in general.

Here’s hoping it stays that way and that they can enjoy a long, wild, but fulfilling ride, long after I’ve exited stage left.