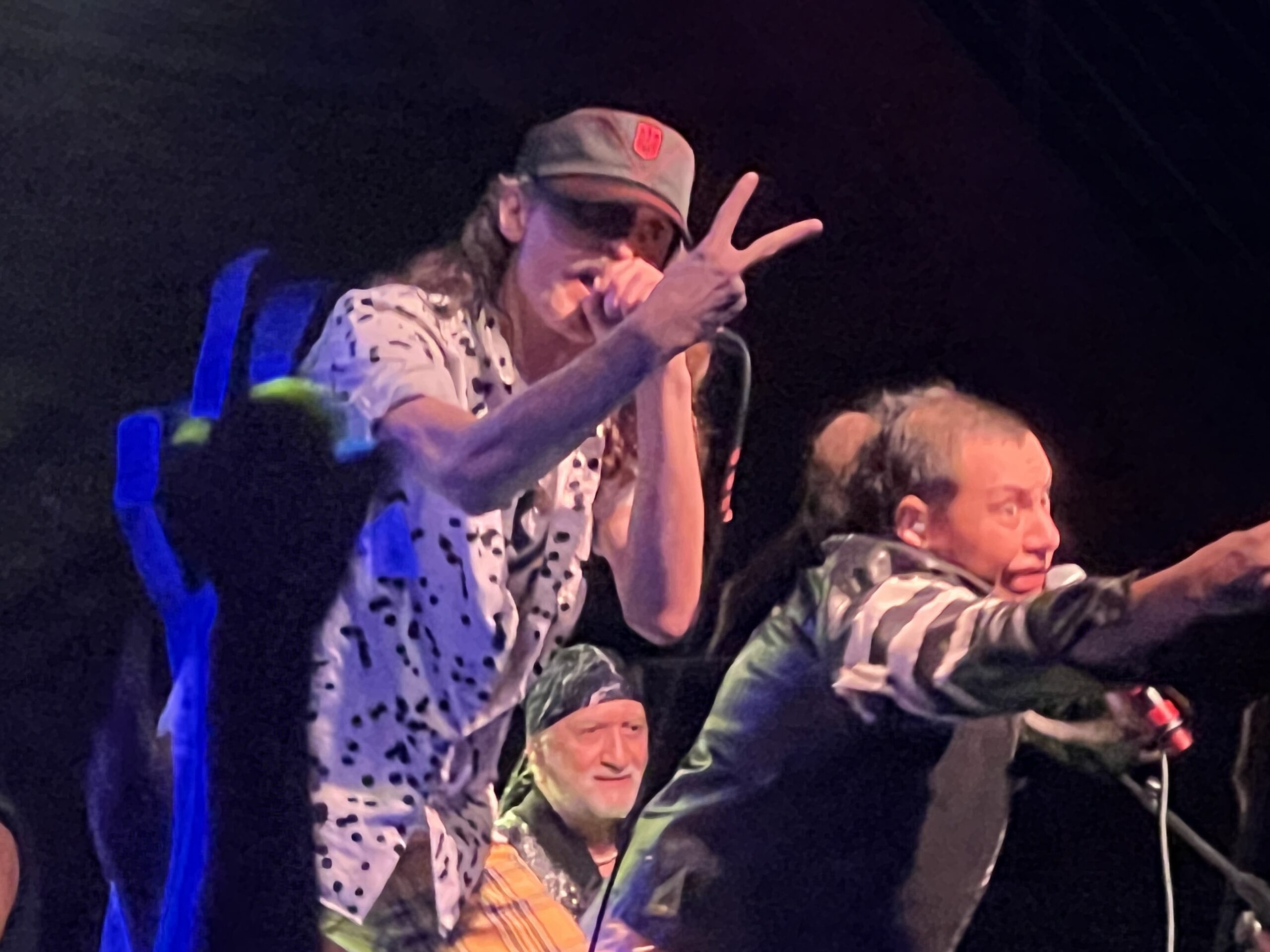 I finally got to go, go, go… to a Gogol Bordello show and it did not disappoint. After years of traveling Eastern Europe and soaking in the folkloric-inspired sounds of gypsy (Roma) punk rock, I was thrilled to hear that Gogol Bordello was playing three nights at Brooklyn Bowl in, you guessed it, Brooklyn, NYC (they have a location in Nashville as well). They were there to close out 2022, an admittedly difficult year for most and especially for Ukraine. 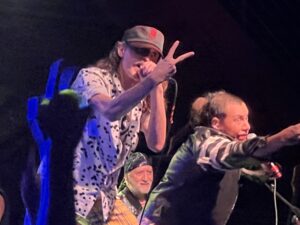 Of course, I knew Gogol Bordello’s famous ditty “Start Wearing Purple” but other than that I was kind of a blank slate. That was until Putin invaded Ukraine and I learned that lead singer Eugene Hutz and another member were of Ukrainian descent (Hutz was born in Kyiv).

Despite the international pedigree, the band has its roots in the Lower East Side Punk scene. The band members themselves are a mix as diverse as NYC and indeed, what I love about the punk scene here.

My interest in the band peaked recently when I read that Eugene and the band traveled to Ukraine to entertain Ukrainian Soldiers and citizens with a secret show in August, just a month or so after I had visited Ukraine to film an episode of Raw Travel’s   episode “Steadfast in Ukraine.”

The concert in Brooklyn would showcase solidarity with Ukraine at a crucial time when the country is suffering under Putin’s relentless bombing. Using winter as a weapon Putin is trying, and failing, to demoralize the Ukrainian people.

I arrived just as the local NYC opening band Crazy and the Brains were finishing up their song “I’m a Punk Rocker.”

I was just in time to hear the entire set of DJ Daria Kolomiec who was on her way back to Kyiv the next day. I had heard Daria play at a Razom for Ukraine fundraiser in NYC just the month before and dug a couple of the new tunes she turned on to the crowd. 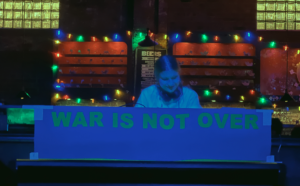 DJ Daria – War Is Not Over!

Following her was Balaklava Blues, a fantastic Ukrainian electronica, hip-hop folk-music trio who have been playing since the 2014 Maiden Revolution when freedom-loving Ukrainians told Putin to F- off and leave their country alone. 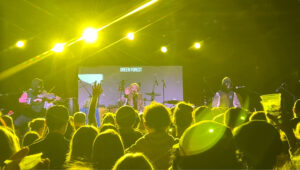 Balaklava Blues do share some basic style and similarities with my pals DakhaBrakha and Dakh Daughters whom I’ve had the pleasure of filming and following extensively over the last three years or so, so I naturally gobbled up the sounds. I especially dug the powerful lyrics of “You Shoot Me” which displayed in English in the background

After Gogol Bordello hit the stage and it was nonstop from there on out.

In attendance were actual Ukrainian soldiers “recuperating” from the front, called out for applause many times during the evening.

What an honor it was to show support for these true heroes.

Like Ukrainians, Gogol was indefatigable.  Playing high-energy song after song well past midnight and Eugene not showing a bit of a sign of his fifty years of age.

Enjoy the photos and videos from the evening and please remember to support Ukraine in any way that you can.

There are plenty of reputable places to support including those mentioned above as well as our pals at Care4Ukraine.org and more which you can find on our webpage at RawTravelGiveBack.com