UPDATE:
Here is an update from the previous post. The concert in Rio Negro in Medellin Colombia was canceled due to heavy rain in the area which is causing flooding. It’s been one of the wettest “winters” on record in South America and the result is many, many people on flood plains and near rivers have lost their homes. Just goes to show you that disaster comes in many forms, big and small and if you don’t hear about something, it doesn’t make it any less real.

I’m not sure how to help out but I do know that the good people of Vision Mundial (AKA “World Vision” in the U.S.) do a great work here in Colombia (and all over) for people in need and are a good start.

Secondly, a bit of better news, the fine people from the Bots sent me some photos that, how should we say are a little better quality than my little BS digital that I used last summer at the Afro-Punk Festival in Brooklyn (damn, now why was I so lazy not to bring out the big guns, the Sony or the Cannon?).  Oh, and they have the additional benefit of being from this year’s warped tour.. so not only are they of better quality, they are more timely as well.. so my good fortune is yours. Ladies and gentlemen, the Bots on the warped tour.. Thanks Emily for the fine pics. 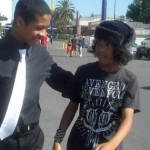 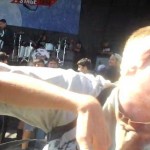 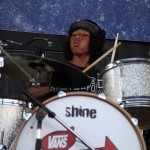 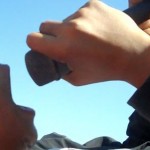 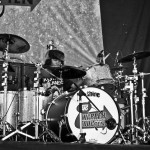 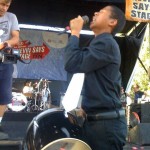 After a brief stop in Miami I’m back in my new home away from home,  Medellin, Colombia, and just in time too as there is, tadaahhh… a big punk show on Sunday which I’ll be hitting and if you happen to be here, you should too. Now it starts @ 9AM (won’t be there for the opening act I can tell you right now) and it goes until 9PM (But I will be there for the final act!).

It’s 12 hours of good old fashioned local Colombian punk including a rare 2011 appearance by our buddies “Los Suziox” , now that my friends is punk to the core!

CLICK HERE for more info and hope to see you there but if you can’t make it we’ll have photos and videos up for you next week.

Now if you are one of the many folks who read this humble little blog and are in the U.S. this summer then you gotta get out to the Warped Tour.

The tour is going into it’s umpteeth year and is really first rate and I dare to say the organizer, Kevin Lymon has done more to keep punk alive in the U.S. than most anyone. Of course there are lots of non punk rock acts as well. Still, when I grow up I want to be just like Kevin.

You may remember last summer that I raved about a young duo called “The Bots” after seeing them perform live at the Afro-Punk festival in Brooklyn? (see POST HERE).

Well this year, the Bots are on the Warped tour and I predict will probably be bustin’ out as more people get to sample ’em. I’ve been listening to songs off their debut CD and the more I listen the more I like.

So if you hit the Warped Tour make sure you go see these guys and let me know what you think.

That’s it for now. Lots of good stuff coming up including a couple of new videos and a long, long overdue review of Social Distortion’s no longer new CD… so stay tuned!

One thought on “Bots @ Warped Tour and Other Genius Ramblings”