Goldenvoice is one of the most prolific punk concert promoters of all time. Founded by Gary Tovar, you guessed it, 30 years ago, the legendary promoter was able to bring the different factions of Southern California’s burgeoning punk rock scene together, give it just enough structure and kick in the pants to take off and become something truly special in the world of music.

Now 30 years later, it’s hard to believe what a force West coast punk (my personal favorite and I’m not from here btw) has become in the rest of the world.  I mean if I listed all the influential west coast punk bands here, I’d still be listing the bands by the time you’d be reading it.

There are simply too many to count and whether you consider Offspring and Green Day to be true punk rockers any more, the reality is that bands like them along with NOFX, Pennywise, Rancid and….geez, there I go again listing the damn bands.. well let’s just say there are not only a bunch of Cali punk bands still playing to this day, but they are as influential as ever.

Well on this magical night, the 1st of the 3 day Goldenvoice 30th Anniversary shows, I was honored to be able to photograph the legendary promoter himself, Gary Tovar, as he introduced 3 legendary punk bands.

The night began with the Adolescents, who I assure you are no longer Adolescents at all, but that didn’t keep em from rocking the house. This Fullerton, CA band was formed in 1981 right around the hey day of West Coast punk. This was my first time seeing these guys live. I shot the first 3 songs in the photo pit and then headed dutifully back in the crowd to hear the rest of their set which was pretty tight.

Now I’ll admit, I only have a few tracks of Adolescents, “Kids of the Black Hole” and a couple more. But after seeing them live, well, they are one of those bands that will probably be top of mind when I get ready to refill the old ipod. The band members have played in other notable punk bands like “Agent Orange”, “Social Distortion” and more.

Next up was the legendary LA punk / folk band “X’, whom I’d seen in NYC about 2 years ago. Once again, I don’t have a ton of “X” material but what I do have I love. Lead singer, Exene Cervenka was once married to one of my all time favorite actors, Viggo Mortenson (see him in “Eastern Promises” if you haven’t already). Exene is also an accomplished artist, but she’s had some serious health issues of late. She announced a couple years ago that she is suffering from Muscular Sclerosis, a serious disorder with no known cure.

But on this night, Exene showed little signs of anything but energy and love for her craft as she and her talented band mates Billy Zoom and John Doe ripped through hits from their critically acclaimed albums they’ve been cranking out since they formed in 1977.

“X” is an LA band through and through but they’d look right at home in Austin, TX or Nasvhille, TN with their sometimes folksy look and sound which bounces between hard, fast paced punk and root tinged folk for a sound that can sound almost like Folk or hillbilly punk (at least to me, a guy from Tennessee). 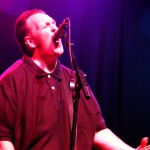 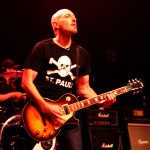 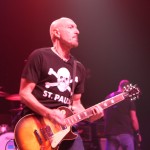 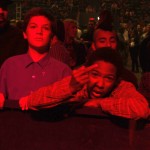 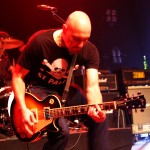 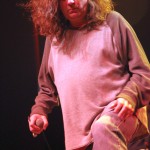 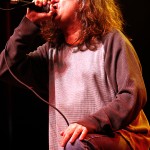 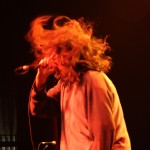 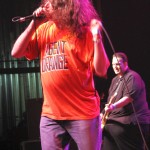 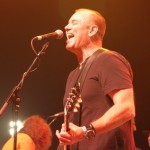 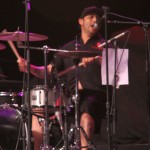 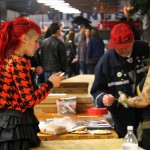 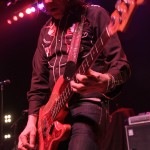 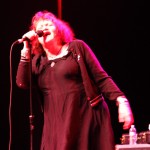 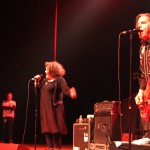 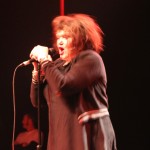 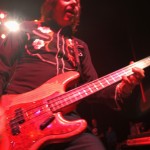 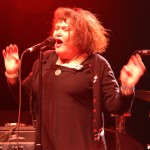 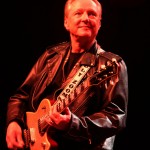 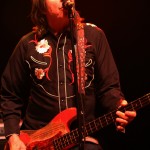 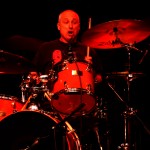 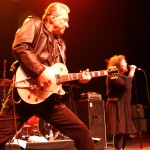 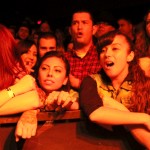 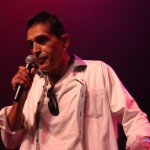 The final act was what I and most of the crowd came to see, Social Distortion. Unlike the Adolescents and X, I’ve seen Social D. at least a dozen times and am more familiar with their music. Extremely familiar actually. I own every Social D. song ever released and have listened to a Social D. track at least once almost every single day of my life since I first discovered them in 1997.

But since I’d been traveling in Latin America for the past year or so, this was the first I’d seen SD in in a long time and the first getting a taste of their hometown crowd going nuts over Mike Ness and co. He is treated like a God in Southern California and I see now why they like to tour so much around home. They can sell out a venue several nights in a row no problem and no one seems to tire of seeing them.

As always, there were fans that looked like they were so young they were probably dropped off by mom or dad and fans who must be facing retirement soon. There were parents with their kids and there was an older guy wearing a Social D. jacket who could have easily been an accountant or a company CEO or gasp!!! a f”ing wall streeter or 1 per center.. rocking out on the front row.

Needless to say I was stoked (how is that for some so-cal vocabulary?) to be shooting my favorite band of all time up close and personal. My flash was malfunctioning but I still managed to get some decent pics as Ness and Co. came out and immediately kicked it old school with “Atom Bomb”.

They played a wide range of songs including “Moral Threat” which was my first time to see them play that particular diddy live as well as a couple off their recent release “Hard Times and Nursery Rhymes” including my favorite “Machine Gun Blues” and  “Gimme The Sweet and Lowdown” which Ness proclaimed his favorite to the partisan crowd.

After an intense set of rock n roll classics, the guys did one encore before the 11pm curfew hit (it’s LA yall!) which characteristically was the Johnny Cash cover and now Social D. classic “Ring of Fire” that you’ve heard all over NBC promoting the return of “Fear Factor”. Yep, Social D. should be rolling in the licensing $ this year, I’ve heard them all over TV lately.

Ah, but they are still firmly punk, doing it their way or the highway kind of stuff. The manager got all the photographers over for a little huddle pre-show and laid out the rules of the road (flash is ok, 3 songs only, after 3 songs put your camera away or you’ll be asked to leave, etc., etc,). I was cool with that. It’s their show, I’m just trying to get a pic.

Social D. did not disappoint and I was really honored to help GoldenVoice, a true legend in the promotion game and possibly the single most influential punk promoters of west coast punk of all time , celebrate their 30 years.

“The artists and lineup for these special shows were chosen to reflect the bands that embraced and were instrumental in building Goldenvoice from day one. Like us, they had just the right screws loose. Because of their support past and present, Goldenvoice was able to flourish and become a part of the Southern California music scene. These bands took a chance on us 30 years ago and continue to be a big part of what we do today. We are excited for them to help us honor our first 30 years!”

You don’t know me, but thanks anyway Gary. It’s a cliche I know, but here is wishing you 30 more years. I might be in a walker or wheelchair but if I can, I’ll be there for that celebration too, just like some of the old cats that made it to this show.

Enjoy the pics from the show and if you want to see the complete sets from all the bands then  visit Punk Outlaw’s FLICKR page right HERE.