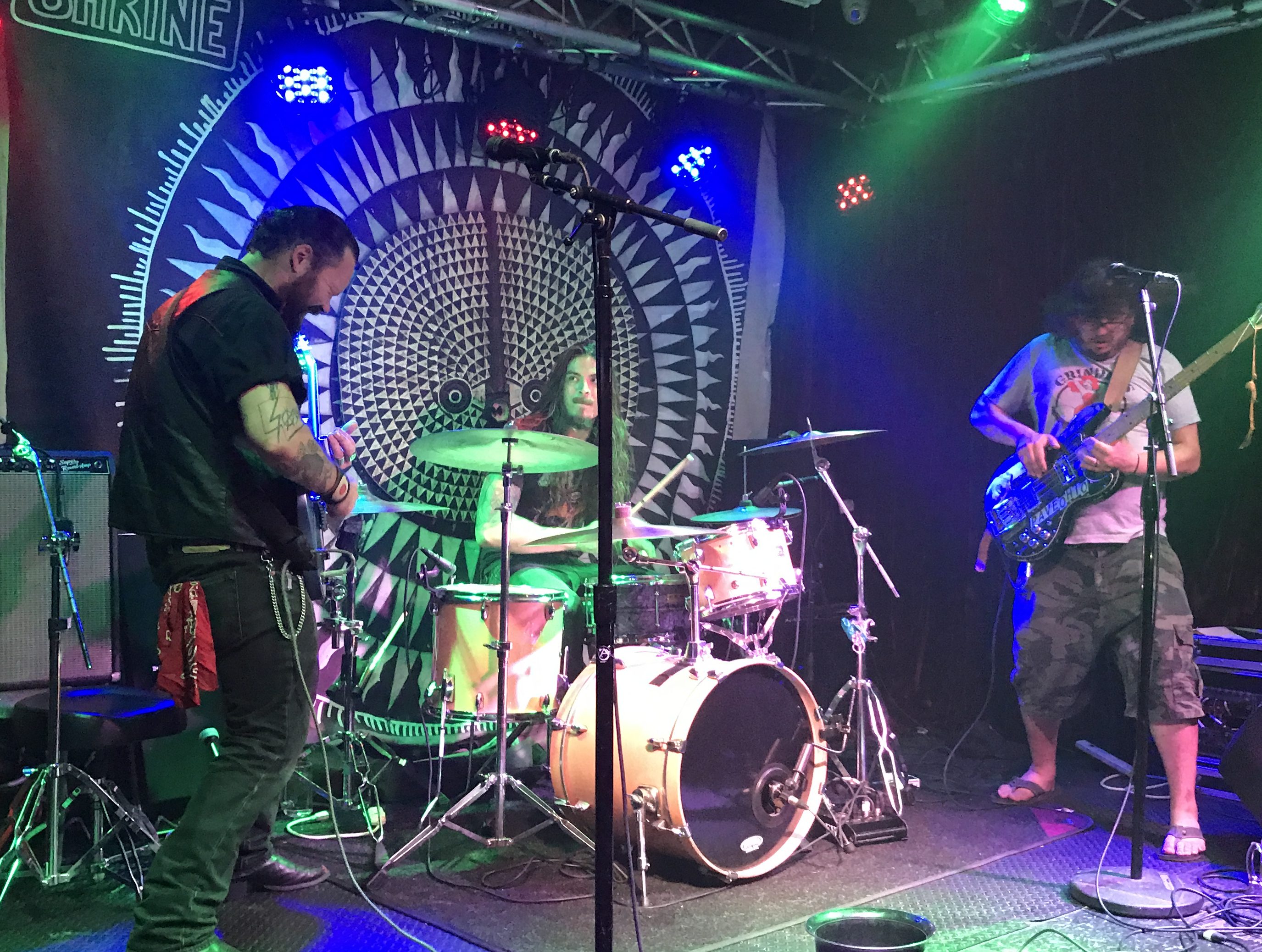 My pal Eric Fliegelman from Philly knows a thing or two about punk and underground music, so when he gave me the heads up that some buddies of his from the Nebraska band “St. Christopher Webster”  were playing in NYC, it was a no brainer to go check them out. But when he sent me the address of the venue, it was a head scratcher and I had to look twice, actually, three times to the Google Maps App to make sure it wasn’t sending me on a wild goose chase.

In fact, even after taking the C train up to 135th street to get to the Shrine Wold Music Venue in Harlem, I was still in disbelief when at first I couldn’t find it and when I asked some folks on the street, got blank stares.

But there it was, across the street from where Google Maps had directed me (no, technology is far from perfect), and I was thrilled I hadn’t yet missed Saint Christopher’s set.

Wow. What a venue Shrine is? Predictably this venue hosts jazz and gospel on Sundays but less predictably it also host bluegrass, country, reggae, punk and, on this night, the afore mentioned rock metal band Saint Christopher Webster.

And what a band? Christopher is the namesake, lead singer of “Saint Christopher Webster” and my man exudes an energy so infectious that the very ethnically mixed crowd, including one adorable couple on a “1st date”, could not help but be enticed by t rock and roll energy, myself included and later by The Devi’s Cut indie rock sounds.

It was a fun filled night of Rock and Roll and I think I found my new “go to” venue for good music in Manhattan. No, it’s not CBGBs or Coney Island High or any of the other now shuttered musical hotspots from back in the day. Those days are over, but it’s great to see Shrine picking up the slack, in Harlem NYC of all places!

Here’s a little taste of the music from Saint Christopher Webster that night.