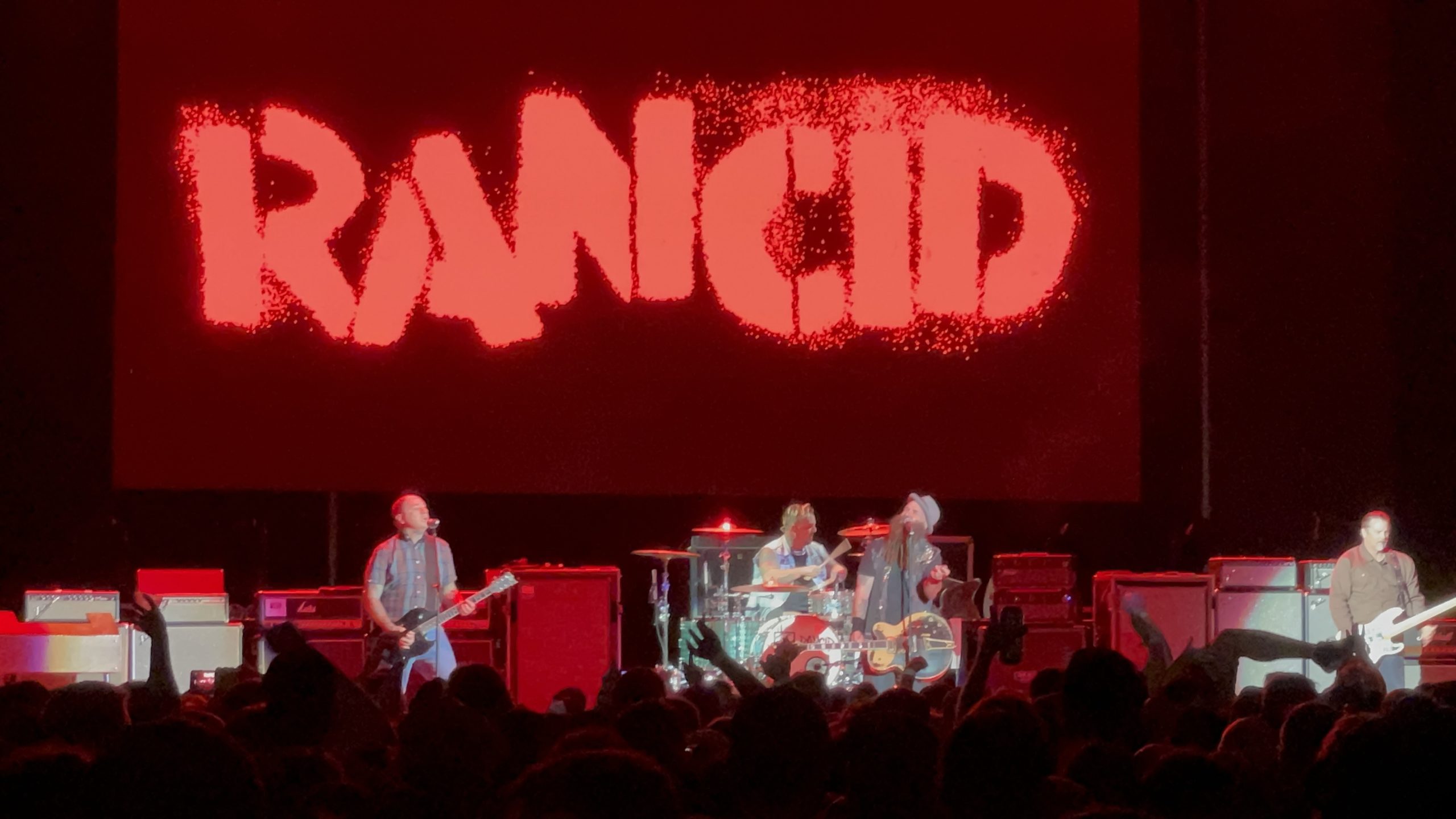 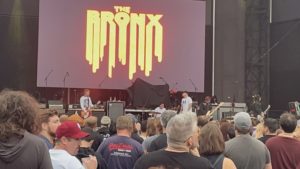 Last night was my 2nd concert since the pandemic, just 30 days or since the Descendants and Rise Against show. But what a difference three weeks makes. New York finally and thankfully garnered the political will to require vaccinations from all concert goers. If the energy from last night’s concert was any indication, THIS was the move to make.

Compared the Rise Against’s somewhat surprisingly, slightly muted experience, this one, was also outdoors. But, this one, at the famed Forest Hills Tennis Stadium (former home to the US Open back in the day) in Forest Hills, Queens rocked like 2019. Was it the vaccinations or the bands that allowed folks to cut loose? Probably both.

The rain threatened to put a damper on things earlier, but just before showtime, the rain stopped. On a comfy, cool evening, the energy was all positive as the lead singer from The Bronx (from LA) came on stage with a shit-eating grin from ear to ear. My man sauntered in like he was hitting a party with 2,500 or so of his closest friends (the venue would later look about 60% full or, I estimate, about 6-7K vaccinated souls).

I think he couldn’t hide his grin because he knew he had a host of silly, wonderfully funny tennis puns to unleash on this crowd. I’ve recently returned from a trip down south where I was driving a lot and listening almost non-stop to Faction Punk on Sirius Satellite radio where The Bronx was in pretty heavy rotation. I’d always wondered if they were really a punk band from the Bronx, and last night, my questions were answered. Nope! They are indeed from LA.

Regardless, I really dug what the Bronx was bringing. Far from every song sounding the same, which can feel like when you don’t know a band’s repertoire, each song was unique. A tremendous warm-up band with a charismatic and talented lead singer and a tight, tight group of musicians playing alongside. As is typical with many opening acts, as their set wound down, the crowd was warmed up and digging their final song which I liked the best.

But alas, as darkness began to descend and the Dropkick Murphys took the stage, things predictably got raucous and rowdy. By then, the peak audience was on the court and ready to mosh. Dropkick kicked things off with “The State of Massachusetts” and then sprinkled in songs from old to new throughout their set.

Thanks again to Faction on Sirius, I’ve grown a new appreciation for Dropkick Murphys and was able to appreciate my second time seeing this merry band of Irish punk rockers who sing about family, friendship, and loyalty, as well as any band out there. I particularly enjoyed the visual backdrops throughout the show, like the montage of tattoos during “Rose Tattoo.” 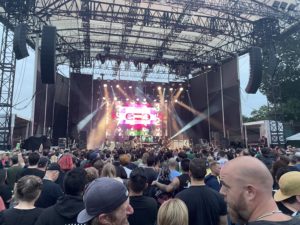 By the time Rancid took the stage, the crowd was well lubricated and ready to dance. The Tennis court was pretty packed, and the lower rows of the stadium were too. As Tim Armstrong took the stage with a gnarly long and braided beautiful beard and Lars with more sedate jeans and button down shirt appearance, I noticed the pure joy in the stands from some attendees. Fans old and young were bouncing up and down and singing along as “Fall Back Down’s” refrain of “You’re Gonna Be My Friend” rolled out during just the second tune in.

I was with a non-fan of the bands who just wanted to check out some punk music (something I rarely allow, but I hadn’t seen my pal in over 18 months either). So, we left a tad early before any potential encores. I knew from the show’s organizers it would be over by 10 PM sharp, and thankfully, they’d stuck to their schedule like clockwork.

Perhaps this is the new normal for concerts. Begin early, end on time, and get in, get out, get home. I’m sure we’ll creep back to old times eventually, but I sure don’t see it on the horizon anytime soon. But in the meantime, I’m truly thankful for a chance to go out and get my punk music fix in as safe of a situation as possible in these still dangerous and bizarre times. 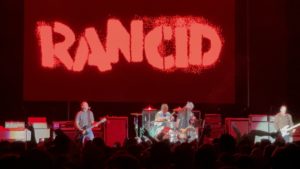 I would genuinely like to thank the bands, the production crew, the concert promoter AXS (me? thanking a promoter? A first for me), and the venue for doing this. It’s not normal, but it’s not 2020 dystopia either. It’s somewhere in between, and that’s enough for me to maintain my sanity… for now.

Seems this is the least we could hope for those of us with the sense of duty and responsibility to get vaccinated to protect ourselves and our fellow humans. Here’s hoping more concerts and places of business will follow suit.